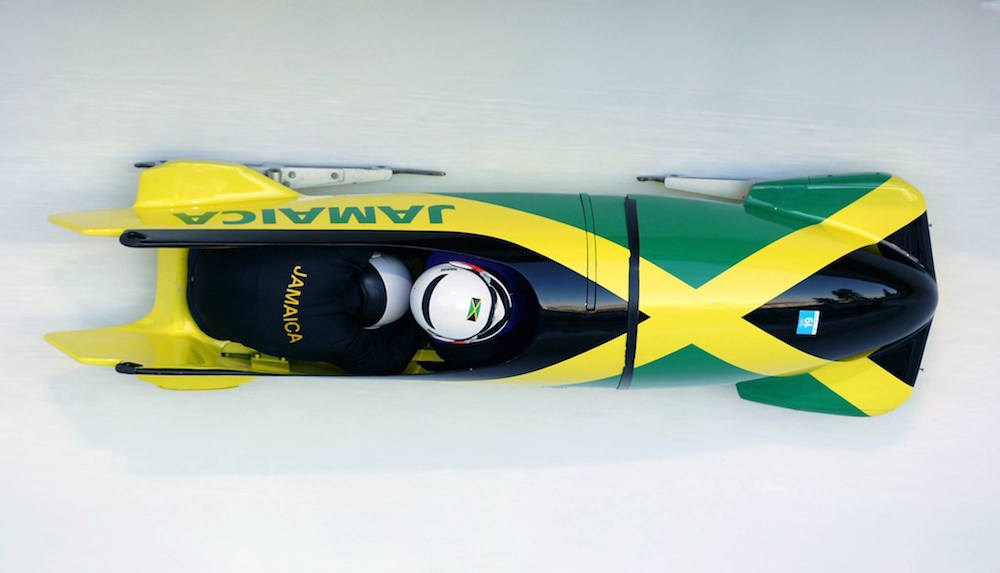 The Jamaican National Bobsled team was in Calgary for the past week training at Canada Olympic Park, a familiar and iconic place for the team.

Making its debut in the 1988 winter Olympics here, the summer nation has a long connection with the city, having been immortalized on the silver screen in the movie Cool Runnings.

On Saturday, the team was on their way to compete in the second day of races in Calgary when their van broke down.

The van has been part of the team for a few seasons now, having driven them back and forth across the country for the past two seasons from New York to Calgary. Kathleen Pulito, the director of social and digital media for the team, told Daily Hive the van has broken down six times already this season.

“Stranded on the side of the road a good samaritan stopped and drove half our team to the track in time to make our race. He picked up his wife and got the rest of us to the track. Our van was towed and we are currently seeing if it can be revived in the next few weeks.”

Pulito says without help and funding the team would have been stranded in Calgary and wouldn’t have been able to make their next race in Whistler. “I got on Twitter and made a few good humored posts about our van kicking the bucket. Then Calgarians really took over and created a Twittestorm.”

“We have been overwhelmed with support and were contacted by Driving Force -who offered to solve our emergency need as a sponsor for our trip from Calgary to Whistler. They also are giving us $2,500 cash for gas and food,” said Pulito.

The team still needs help funding the rest of their trip beyond Whistler as they head to Utah and then back to New York. You can visit their funding page online by clicking here, or by heading to their page at http://www.jamaicabobsled.com

“We hold Calgary deep in our hearts. And are extremely humbled and grateful for the outpouring of support from the community.”