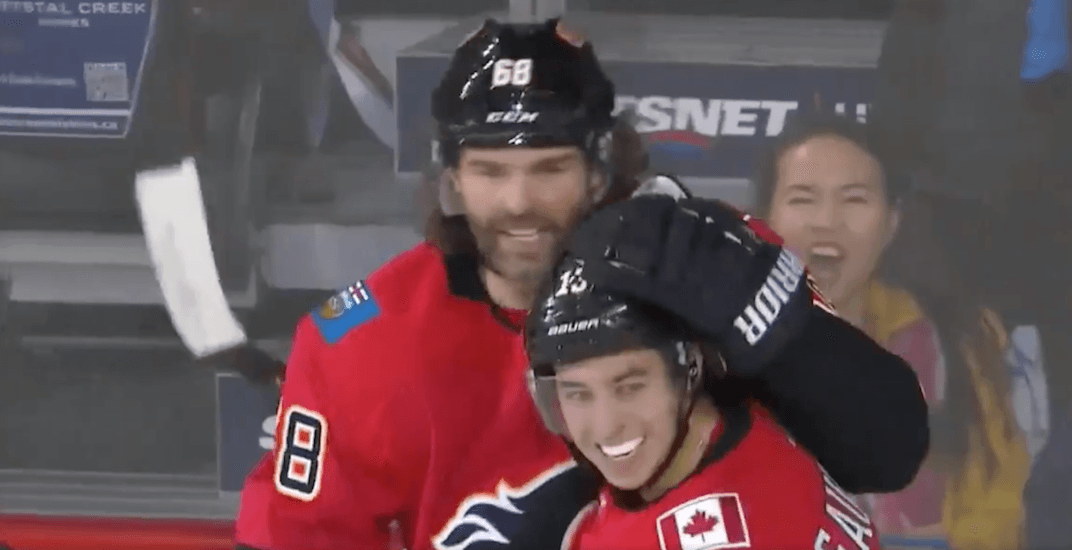 It was goal No. 766 of his career for the future Hall of Famer, who also assisted on Mark Jankowski’s first-ever goal earlier in the game.

Jagr made no mistake after he was set up by Johnny Gaudreau on a second period 2-on-1, burying the puck past Detroit Red Wings goaltender and fellow countryman Petr Mrazek.