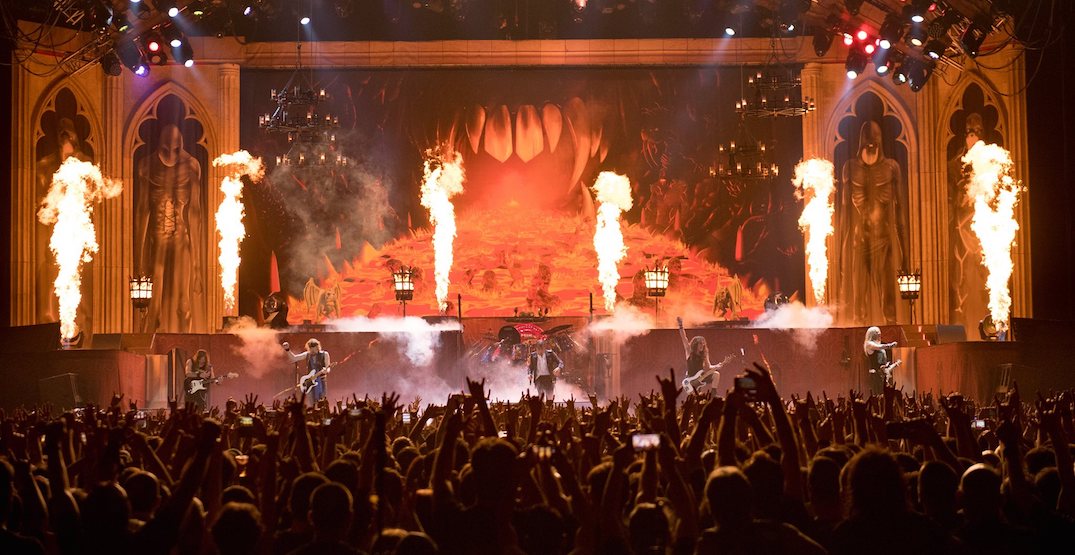 A beast of a show is on its way to Calgary’s Scotiabank Saddledome.

Iron Maiden will arrive in Calgary for a concert on September 31 as part of their Legacy of the Beast tour, marking the first time they will visit the city since way back in 2012.

The Calgary show is one of eight Canadian concerts that the band will be playing as part of the tour, with stops in Vancouver, Winnipeg, Edmonton, Quebec City, Montreal, and two shows in Toronto.

“We’re excited to return to Canada and share the Legacy Of The Beast Tour with all our friends there,” said singer Bruce Dickinson, in a release.

“We’re immensely proud of this show and we’ve had great reactions from the many fans who came to see us in Europe earlier this year.”

Tickets to the Calgary show go on sale starting Friday, November 16 at 10 am.