This is starting to feel real.

Members of the International Olympic Committee (IOC) will be in town this week to meet with the Calgary Olympic Project Team, the city announced on Tuesday.

That doesn’t mean Calgary is going to bid on the 2026 Winter Olympics, although it’s certainly a positive sign.

Given the rising costs associated with hosting the Olympic Games, the IOC has taken a new approach to selecting host cities in recent years. Instead of a dramatic announcement for who would host the 2024 Games, the top candidates – Paris and Los Angeles – were awarded the 2024 and 2028 Olympics, respectively. 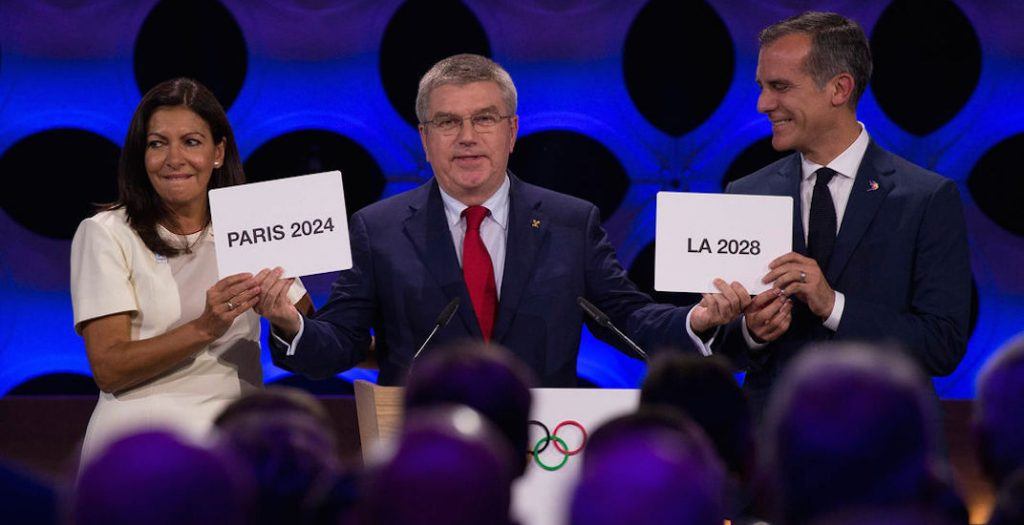 The IOC now engages with ‘interested cities’ early on, though it has never happened with a city looking at the Winter Games before. The Calgary visit is designed to provide more meaningful support than was given in the past. In other words, it’s a way to keep bids more focused, and keep costs down.

Just two cities put forth a bid for the 2022 Winter Games, with Beijing being the only strong candidate.

There are four other cities said to be currently interested in the 2026 Games:

Members of the IOC will tour the region’s legacy winter sport facilities, and will learn about the Calgary Team’s vision for the Games, including facility and venue management, event coordination, transportation and logistics, and security.

If they like what they see, it could go a long way in encouraging a bid.

Calgary could become just the fourth city to ever host a Winter Olympics twice, and the first since 1980, joining St Moritz, Innsbruck, and Lake Placid.