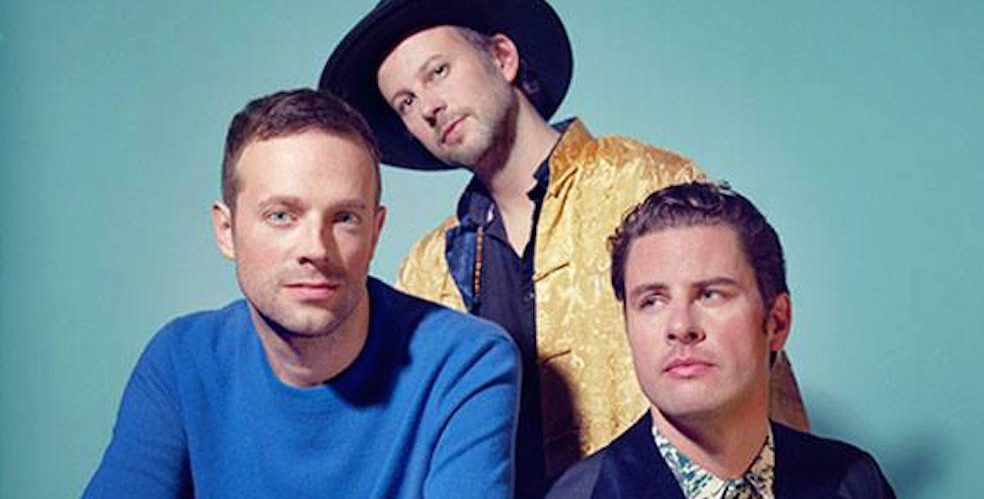 Warren Spicer is in Toronto, in the midst of the North American leg of Plants and Animals’ tour. He’s just finished his favourite breakfast (a smoked salmon bagel and cream cheese  — “I’m not an egg person,” he maintains) and is unwinding as birds loudly chirp in the background.

It’s a serene setting, a contrast against the conversation that has drifted towards the topic of anxiety — something that comes to mind while listening to the song, “No Worries Gonna Find Us,” off of the Polaris Prize-nominated band’s newest album, Waltzed In From The Rumbling.

Spicer, himself, has dealt with anxiety, particularly obsessive compulsive disorder, since he was a teenager. It was fairly crippling when he was younger, the guitarist and vocalist admits, but he learned how to better cope with it as he reached his twenties. He spoke about his anxiety publicly for the very first time when CBC Montreal approached him to discuss his experiences as part of their Christmas Sing-In Charity Drive, which benefits the mental health community centre Project P.A.L.

“It was quite frightening at the time,” Spicer says, of sharing his struggles, “but when I walked out of there I felt like I had swung a punch for myself. And then, I think the next day or the day after, we were in the studio working on that song and that chorus is just directly to that experience and trying to assert my own sanity.”

Indeed, the therapeutic benefits of art are incontestable. It’s what expressing yourself is for — a place to take frustration, sadness, or anger and make it into something useful and beautiful — and dancing away from your troubles, literally, is what Waltzed In From The Rumbling alludes to both in its title and subject matter.

“I think it’s much more an album that all of us collectively used to channel our experiences in a deeper way,” Spicer says. “There’s other albums that were maybe more about exploring other musical ideas or exploring different conceptual ideas, where this record is much more a feeling record, which has more to do with us just trying to process the feelings that we were dealing with when we were making the record, which weren’t necessarily the easiest things.” Alongside anxiety, he continues, there are also narratives that deal with the loss of family members. “It really is kind of a cathartic album for us, because we did it to express ourselves, but we also did it to heal ourselves.”

The new music is beautifully eclectic and symphonic, with nuances of soul, pop, and indie rock, and has been critically praised as some of Plants and Animals’ best  — a triumph perhaps due to the relaxed nature in which it was recorded. The Montreal-based band decided to take a breather and not tour for three years, which allowed them to create at their leisure.

They worked on the album consistently and intensely, though not for long intervals as they’ve done with previous efforts and integrated it in around spending time with family and friends. It was a liberating method that the band hasn’t been able to utilize since their 2008 debut, Parc Avenue. “We did it with a lot of joy because we didn’t feel the pressure that we had to finish it,” Spicer says. “We just didn’t have any deadlines, we were just totally free.”

The end result is much like the feeling you get when the confines of anxiety are finally lifted — a warm, comforting return to an unselfconscious state. “We felt, when we listened back, we just sounded more like ourselves,” Spicer says. “We sounded more natural, everything felt more natural. It felt more honest.”