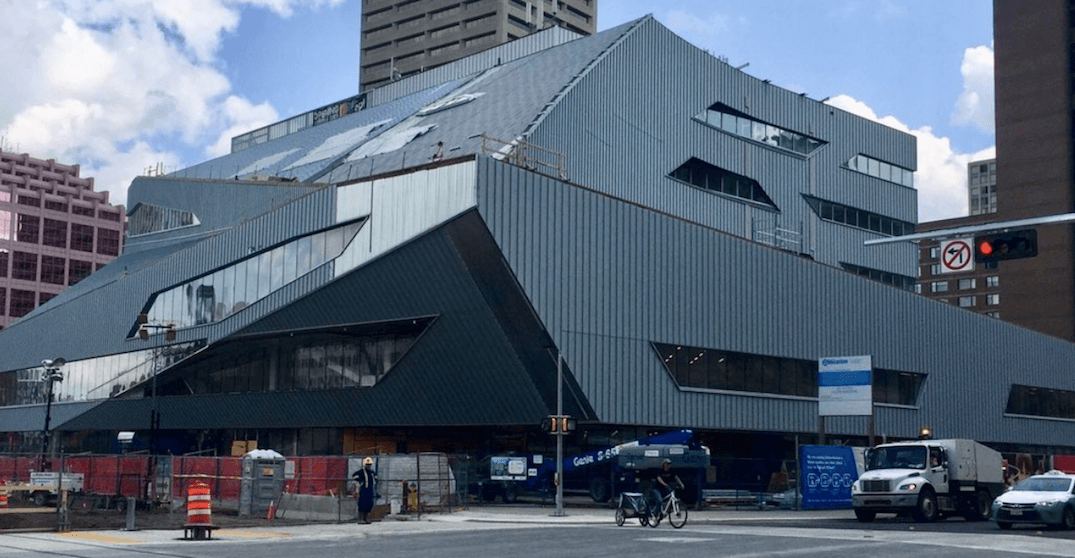 Love it or hate it, Edmonton’s Stanley A. Milner Library is getting a brand new look.

The library has been seeing some big changes since it began renovations in January 2017, and while there is still about half a year to go, according to a May post on the Edmonton Public Libraries website, people have already been vocal about the new designs.

The building’s exterior has transformed into what some are calling “tank-like,” though, with another six months left before the library officially re-opens its doors, some critics may be a little early to their judgement — only time will tell.

Here’s what people are saying about the Stanley A. Milner Library’s new look:

The #yeglibrary has taken a beating on twitter over the last couple days but Edmonton should be given credit for commissioning some of the most beautiful neighbourhood libraries in the country. pic.twitter.com/84AMLBAs8J

I thought I had seen the Stanley Milner Library in downtown Edmonton somewhere before #YEG #EPL pic.twitter.com/Mw6t3aQWqs

In keeping with the design of the library, the city of #Edmonton announces a fleet of new mobile libraries. pic.twitter.com/tGKYInd5Ny

Who would have thunk the next thing in the battle of Alberta would be libraries? Edmonton’s not messing around and brought a tank to the fight. #yeglibrary pic.twitter.com/N9ByWCPD4K

It was so nice of George Lucas to give the #edmontonlibrary the unused sandcrawler from Star Wars. #EPL #newlibrary pic.twitter.com/8iR87GG7Wi

I thought I had seen the Stanley Milner Library in downtown Edmonton somewhere before…#Yeg #EPL pic.twitter.com/wISbqHaAnu

One is a warship the other is Edmonton’s renovated downtown library.
The difference? Marketing. #hmcsStanleyAMilner #yeg #yegdt pic.twitter.com/tEpMe3I60S