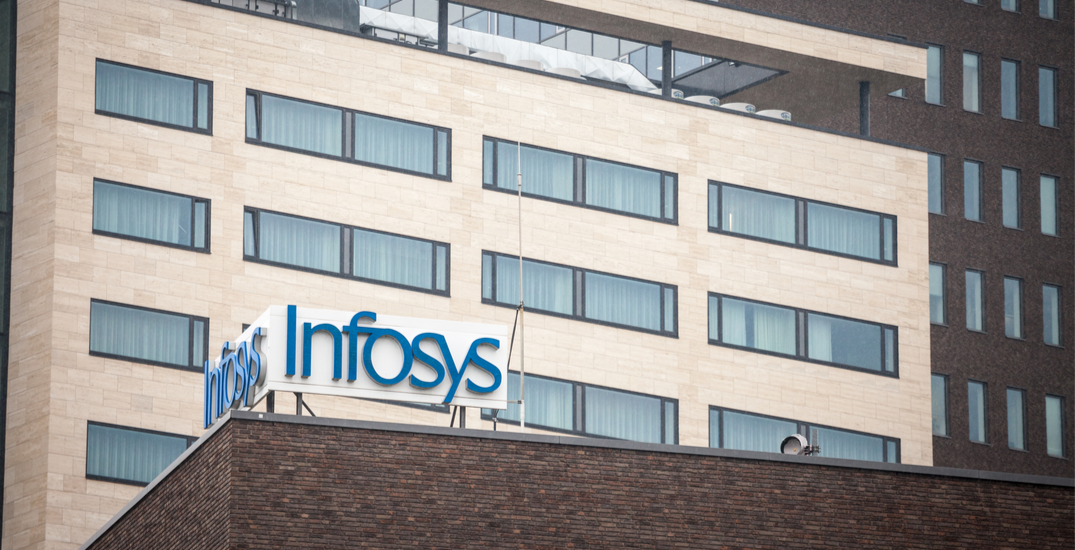 Infosys plans to take its Canadian expansion to Calgary, creating 500 more jobs in the city over the next three years.

For those who haven’t heard of the tech company, Infosys is a global leader in next-generation digital services and consulting. Its work has enabled clients in 46 countries to navigate through digital transformations.

“We’ve spent a long time building this relationship with Infosys, working toward this huge expansion of their operations in Calgary. This is the latest proof that the plan to diversify our city’s economy is working,” said Mayor Nenshi.

In addition to bringing the company to Calgary, Infosys has created 2,000 jobs across Toronto, Vancouver, Ottawa, and Montreal over the past two years, with plans for further expansion across the country.

Through this continued effort, Infosys is committed to doubling its Canadian workforce to 4,000 by 2023.

“We are thrilled to expand our presence in Canada and advance our commitment to hiring top tech talent across major hubs,” said Ravi Kumar, President, Infosys, “Calgary is a natural next step as part of our Canadian expansion and represents a significant and promising market for Infosys.”

“The city is home to a thriving talent pool that the COVID-related economic downturn has impacted. We will tap into this talent and offer skills and opportunities that will build on the city’s economic strengths.”

Infosys announced today that it would be bringing 500 jobs to Calgary over the next three years, doubling its Canadian workforce to 4,000 employees by 2023. Read more: https://t.co/JeS1Sojajh #InfyNews #InfosysCanada pic.twitter.com/JGW2GgljQU

Infosys currently has fewer than 10 employees in Calgary, so the expansion will enable the company to increase its efforts with clients in Western Canada, Pacific Northwest, and the Central United States. The work will be directed across various industries, including natural resources, energy, media, retail, and communications.

The company will be hiring tech talent from local educational institutes in Alberta, including the University of Calgary, University of Alberta, and Southern Alberta Institute of Technology.

“Digital transformation and preparing the workforce of tomorrow is a primary focus for SAIT,” says Dr. David Ross, President and CEO, Southern Alberta Institute of Technology, “It is important to have leading companies like Infosys that have a strong commitment to developing talent locally and offer career paths for graduates.”

Infosys has recently been recognized as a Best Place to Work in Canada (Glassdoor Employees’ Choice Award). Additionally, the company has been certified as a Global Top Employer by the Top Employers Institute, in regions covering all of North America, the Asia-Pacific, and Europe.

Those interested in working for this tech giant can stay up to date using the Infosys careers page.

“Our government is focused on attracting entrepreneurs, innovators, and investors to Alberta. We’ve seen a lot of momentum in tech and this announcement by Infosys is another move in the right direction for our province,” said Doug Schweitzer, Alberta Minister of Jobs, Economy and Innovation, “We are focused on developing top talent for employers and creating the most competitive business environment in Canada.”

“Put simply, Alberta is where you want to do business.”