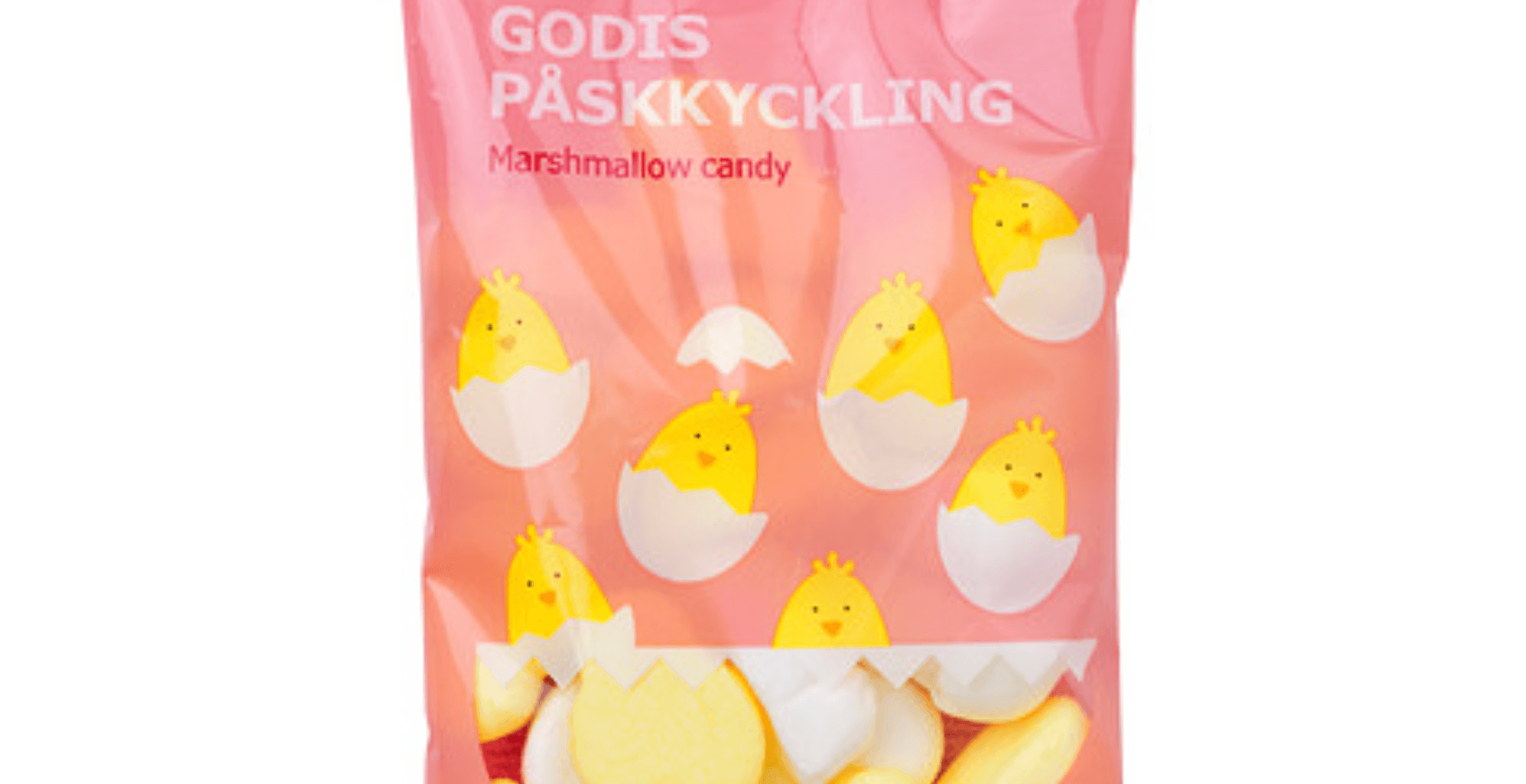 Ikea is issuing a recall for its Godis Passkyckling marshmallow candies sold in its marketplace after a possible mice infestation in the manufacturing plant where the candies are produced. The product could be infected with harmful bacteria.

The Canadian Food Inspection Agency (CFIA) issued a recall notice on February 27. The product has been sold at Ikea stores in Nova Scotia, Ontario, Quebec, Manitoba, and Alberta.

The recall applies specifically to the following product:

The CFIA advises anyone who bought this product to throw it out or return to the store where it was purchased.

There have been no reported illnesses associated with the consumption of this product.