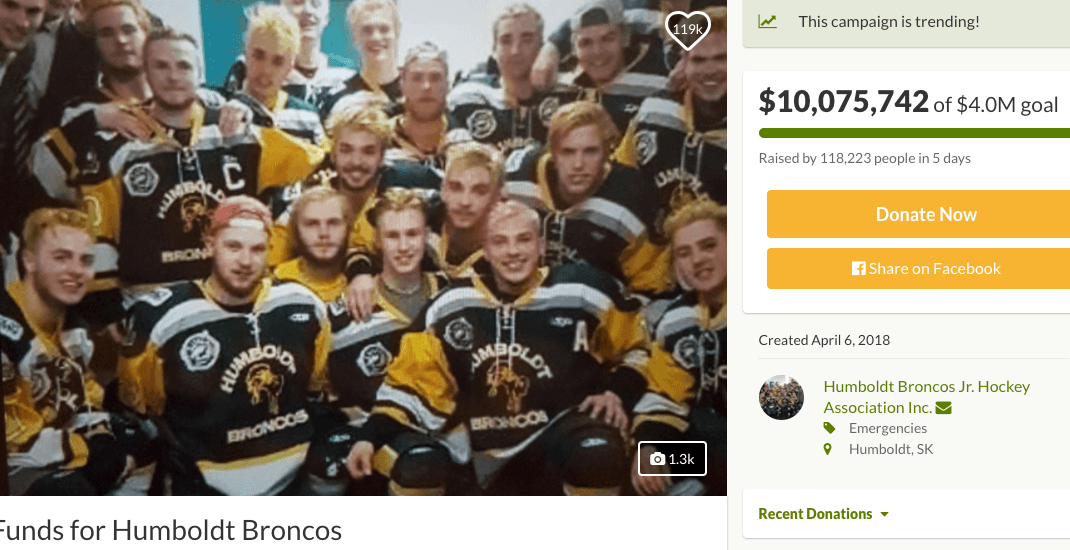 The Humboldt Bronco’s GoFundMe page has officially reached over $10 million in donations, making it the third biggest campaign to take place on the fundraising website.

The campaign was started by Humboldt resident Sylvie Kellington on April 6 to raise funds for those affected by the tragedy.

By April 9, the GoFundMe page had raised over $6 million, making it one of the top five largest campaigns globally.

The funds will go towards the helping the victims and families impacted by the fatal bus crash on April 6.

A team bus carrying players and coaching staff from the Saskatchewan Humboldt Broncos junior hockey team was hit by a semi-trailer.

According to GoFundMe spokesperson Rachel Hollis, funds have poured in from over 80,000 donors in 65 countries.

Canadians and people around the world have also been coming together to show their support for Humboldt.

On April 12, a “Jersey Day” took place in honour of the lives lost in the tragedy. The movement spread beyond Canada as heartfelt messages poured in from around the world.