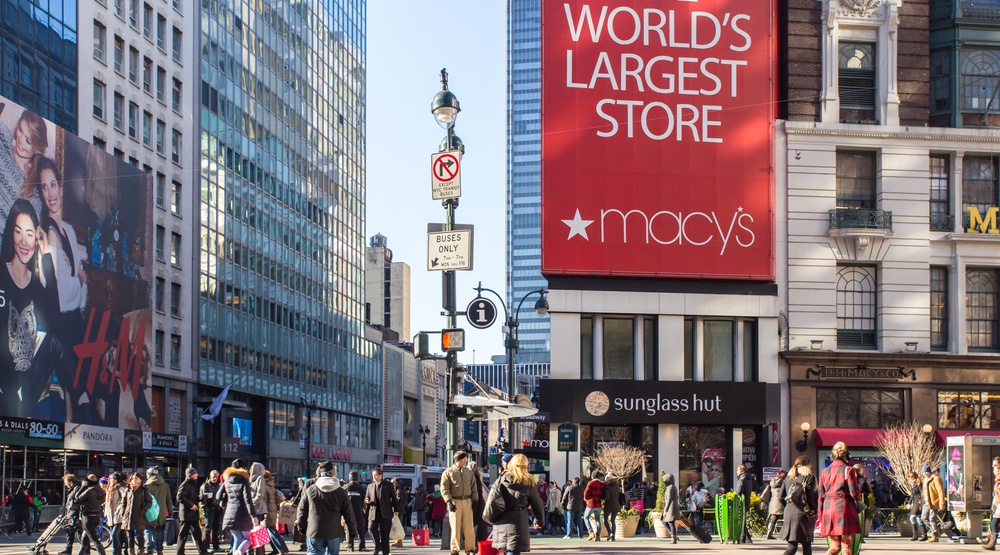 Hudson’s Bay, Canada’s largest department store chain, has made a takeover approach to US department chain store Macy’s, according to a Wall Street Journal report.

Both companies have engaged in preliminary discussions on a possible takeover by Hudson’s Bay and other potential ways that the two companies can cooperate, perhaps on real estate. A report late last year by Bloomberg stated that Macy’s real estate is estimated to be worth $21 billion.

Macy’s, which has been suffering from under-performing stores from its over-expansion, has an expansive real estate portfolio of over 800 locations across the continental United States, Hawaii, and the overseas territories of the United States.

While there are only 90 Hudson’s Bay locations, the Canadian retailer’s portfolio includes the store locations from its acquisition over the past decade of the Lord & Taylor and Saks Fifth Avenue chains, comprising a combined total of several hundred locations.

As well, in 2015, Hudson’s Bay acquired Germany’s Galeria Kaufhof department store chain for $3.9 billion, which expanded the company’s portfolio at the time to 464 locations across four countries, $13 billion in revenue, and $11 billion in real estate value.

And just last year, the company announced that it plans to open 20 stores in the Netherlands within spaces vacated by the bankrupt Vroom & Dressmann (V&D) department store chain.

More Saks Fifth Avenue department stores are also anticipated to open in Calgary and Montreal before the end of the decade, and an official announcement on a downtown Vancouver flagship store location is expected sometime this year.

Additionally, a number of Saks Fifth Avenue OFF Fifth outlet stores have opened across the country.