A fragrant Panang Curry. The fresh sour-sweet punch of a Green Papaya Salad. Steamy comfort from a lush bowl of Tom Ka Gai soup. Thai cuisine is evocative and vibrant, and can take eaters on a flavourful journey spanning all levels of spice and through a varied terrain of regional staples.

Most of us have a favourite Thai place, maybe even on speed dial for some weeknight takeout, but often the thought of cooking Thai dishes ourselves in our own home kitchens can seem intimidating.

Enter Vancouverite Pailin “Pai” Chongchitnant, who has been reaching out to home cooks and Thai food enthusiasts for some time now via her popular “Hot Thai Kitchen” YouTube show. She has just released her first book–also called Hot Thai Kitchen–that serves as a comprehensive primer aimed at demystifying Thai food, and getting cooks ready to face the kitchen with confidence. 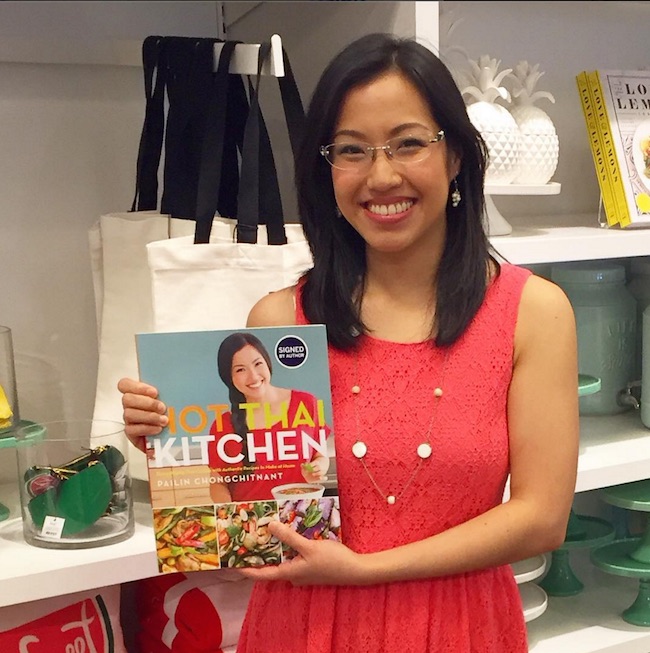 A native of Thailand, Chongchitnant describes a childhood punctuated by an early love of cooking. Guided in the kitchen by a caregiver who allowed her to help make basics like coconut milk or curry paste, Chongchitnant says pretty much as soon as she could handle the utensils, she was in the kitchen using them. At 19, Chongchitnant moved to Vancouver to attend the University of British Columbia, where she studied nutrition, but fanned the flames of her passion for cooking in local professional kitchens.

Chongchitnant next headed south to San Francisco to attend culinary school, and took work in Thai restaurants, getting a feel for the ins and outs of the business. Despite the work dampening her devotion to the food business, Chongchitnant turned to a new frontier to share her love of Thai cooking with the world: YouTube.

In detailed segments (that take more of an attention span than the current trendy crop of “cooking” videos on your Facebook feed), Chongchitnant takes the time to thoroughly walk home cooks through the steps of making all manner of Thai dishes. Posting a new video each week, and interacting with her audience through comments, messages, and social media, Chongchitnant has grown quite a following, not to mention an impressive roster of recipes.

While TV did come knocking (she was one of five stars of the 2015 Gusto network series One World Kitchen), Chongchitnant adapted her savvy and her recipes for her cookbook. Mind you, “cookbook” is too limited a term for what the Hot Thai Kitchen book does; the entire first half is devoted to breaking down the essentials of Thai food and cooking, from regional distinctions to staple ingredients, and the definition of the cornerstone dishes and techniques.

The last thing Chongchitnant wants is for people to feel intimidated by Thai cooking, but she acknowledges it is one of the reasons home cooks shy away from trying Thai–and also why she wanted to devote the first portion of her book to a “Thai 101” course.

“I think people are afraid of doing it wrong,” Chongchitnant explains. “They don’t want to bastardize the food. If they’re going through the trouble they want to make it authentic, then the fear of making it ‘inauthentic’ paralyzes them.” Not knowing the basics of the cuisine, adds Chongchitnant, is what also often holds people back.

“One is attitude, the other is lack of knowledge,” Chongchitnant notes. 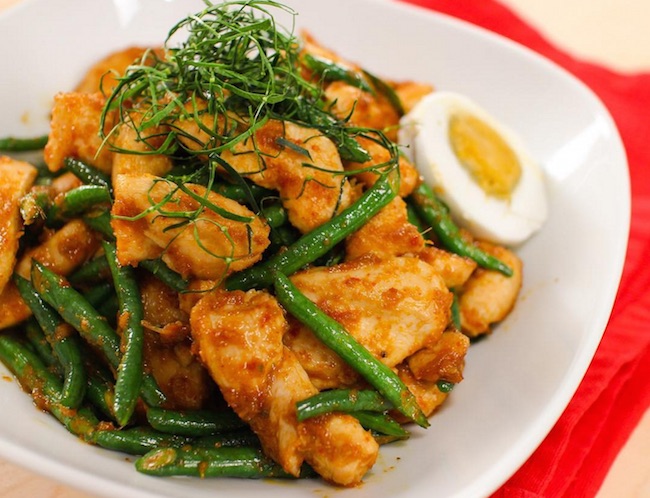 And home cooks, take comfort: In kitchens across Thailand day in and day out, everyday people also bend the rules and throw together meals that make use of what’s on hand, and don’t match what’s being served up at local restaurants, or the neighbour’s place. “Thai food, like any cuisine, is very flexible,” adds Chongchitnant.

Even Thai restaurateurs in the U.S. and Canada have taken liberties with the cuisine, perhaps based on lack of access to ingredients many years ago, and the Western palate has come to recognize a simpler, often sweeter version of more traditional Thai cuisine. There also tends to be less declaration at restaurants of the food being from a certain region, though Chongchitnant says much of what we know in Canada as Thai food hails from the central region.

While in the south of Thailand the food is much spicier and leans heavily on the seafood culled from the coast, in the north it’s richer and fattier, and to the northeast herbs and even insects are employed to mask any funk in less abundant protein. But in the centre of the country, where the royal family lives, Chongchitnant explains the “food is refined and beautiful.” This is where most Thai desserts originate, and the food is “more intricate, and the flavours more balanced,” she elaborates. 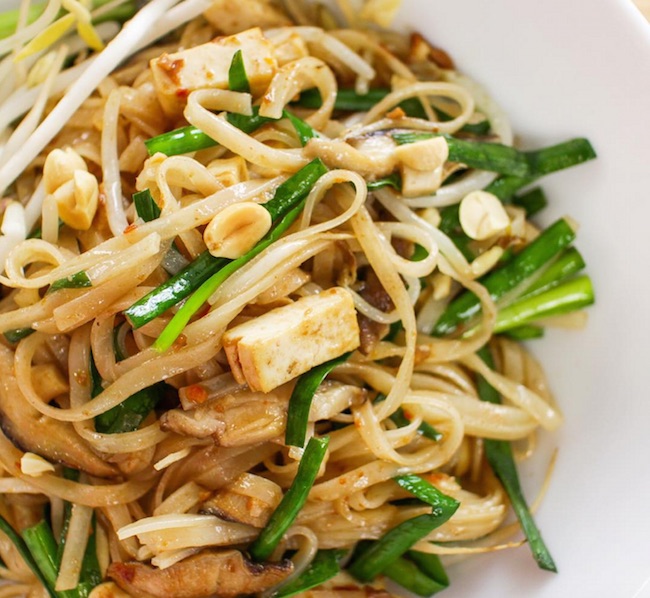 A dish like Pad Thai, for example, is from central Thailand, but Chongchitnant says it’s not something that’s often made at home, because traditionally it’s much more complex than the noodle-heavy and modified version we’re used to eating on this side of the world. And that intense orange colour and distinctly sweet taste? Oftentimes Thai restaurants use ketchup instead of the traditional tamarind, and the Western palate has taken a liking to it.
Back in Thailand, explains Chongchitnant, ketchup is a Western ingredient–and used as one.

One theory is that chefs turned to ketchup when they couldn’t source tamarind in the U.S. or Canada, and its use just stuck. To keep things simple, Thai restaurants leave off a lot of the called-for ingredients in Pad Thai, too, and pile up the noodles. Chongchitnant posits that it’s likely because you’ve got the word “Thai” right in the dish’s name, it’s readily become synonymous with Thai cuisine.

You’re also not going to find peanut butter, or an abundance of sweet, creamy peanut sauce, Chongchitnant explains, further shattering a Thai food myth. “It’s not something we just squirt on everything,” she laughs. She even remembers how baffled she was the first time her father showed her this strange thing called “peanut butter.”

What you will find, and need, to build your own at-home Thai pantry, are staples like fish sauce, soy sauce, and oyster sauce (a testament to the Chinese influence on Thai cuisine), and fresh ingredients like garlic, shallot, lemongrass, kaffir lime leaves, and chilis. In case you don’t want to run to the store every time you try a Hot Thai Kitchen recipe, Chongchitnant’s book also explains how to store and even freeze the ingredients so you can have them at the ready.

With Chongchitnant’s expertise, and gift for teaching (she works as an on-call home ec teacher in Vancouver), Thai cooking can be easily further demystified. She suggests home cooks read through the first half of Hot Thai Kitchen before taking on a recipe, and then starting with soups–the flavours are simpler and cleaner, and the cooking process slower and less risky. Dishes like stir fry, very popular in Thailand, “requires you to be confident, and it’s time sensitive,” says Chongchitnant. “But it’s fun.”

Chongchitnant is definitely having fun with where her culinary path has taken her, and right now she says she is eager to grow her YouTube channel, and is contemplating a follow-up book. “You never know what the next opportunity might be,” she smiles.