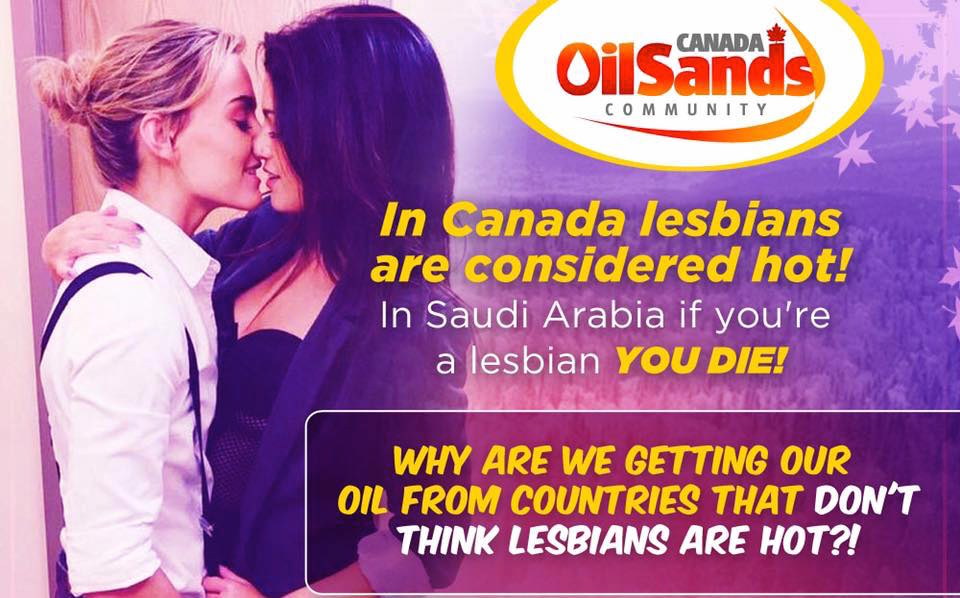 “Why are we getting our oil from countries that don’t think lesbians are hot?! Choose equality! Choose Canadian oil!”

In an attempt to attract more workers to Canada, the Canada Oil Sands Community posted an ad on their Facebook page in hopes to draw attention to the issue of inequality, but that message wasn’t the only one delivered. 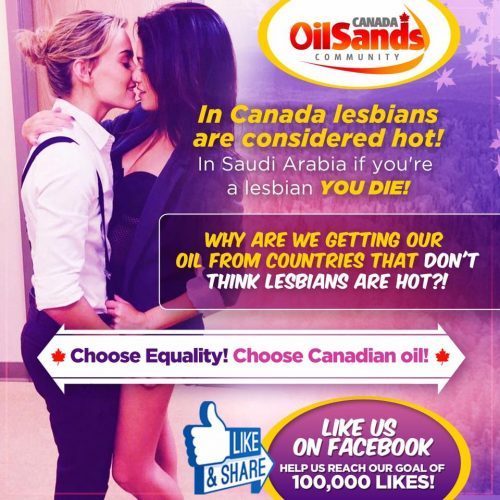 Shortly after the poster circulated through Twitter and Facebook, it was deemed as sexist, inappropriate and an embarrassment to Alberta.

On Facebook the oil sand advocate group quickly removed the ad and posted an apology:

Founder of the group, Robbie Picard then posted a personal apology on the groups Facebook wall:

Comments to the apology have elicited mixed reactions.