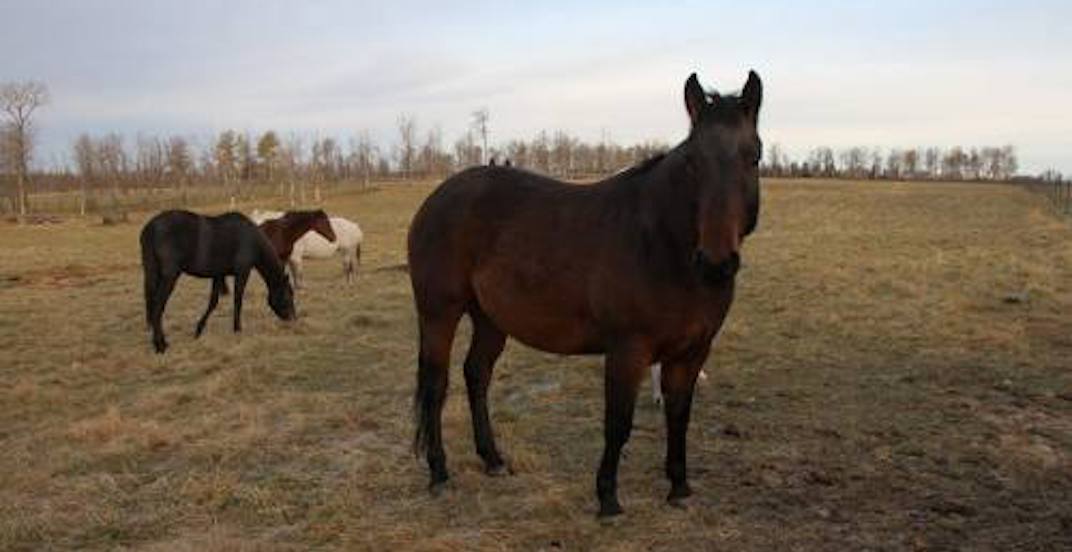 When the owners of a Central Alberta farm woke up on Thursday morning they discovered that six of their horses were gone.

Based on tire tracks at the scene, it is believed by police that the horse thief/thieves arrived on the night of December 6 with a truck and trailer, loaded six horses, and drove off from the Winfield area farm. 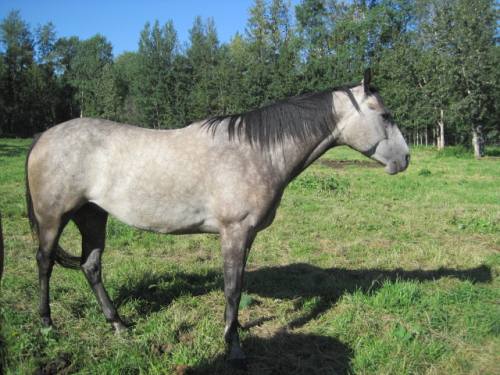 The six horses are named and described as follows:

Socorro, a 2006 all grey Hanoverian gelding standing 16.3 hands high (hh) with a Hanoverian brand on back left hip, and a scar on the back right leg.

Peppy, a 2001 red dun Quarter Horse (QH) gelding with a white blaze on face, standing 14.2 hh, and a brand on the front left shoulder.

Willard, a 2001 read roan QH gelding standing 16 hh, a brand on the front left shoulder, wide white blaze on its face, and three white stockings on its front right leg and both back legs.

Solstice, a 2009 chestnut Hanoverian mare standing 16 hh, with four white socks and a half stripe and star on its face. 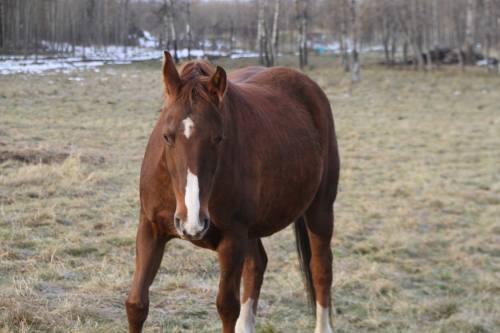 “These horses are like family to their owners,” said RCMP Corporal Curtis Peters in a release.

“They are devastated by this. It’s our hope that they can be returned safe and sound as soon as possible.”

Anyone with information on the horses or the theft is asked to contact Breton RCMP at 780-696-3502, or anonymously through Crime Stoppers by calling 1-800-222-3502, or online through their website.