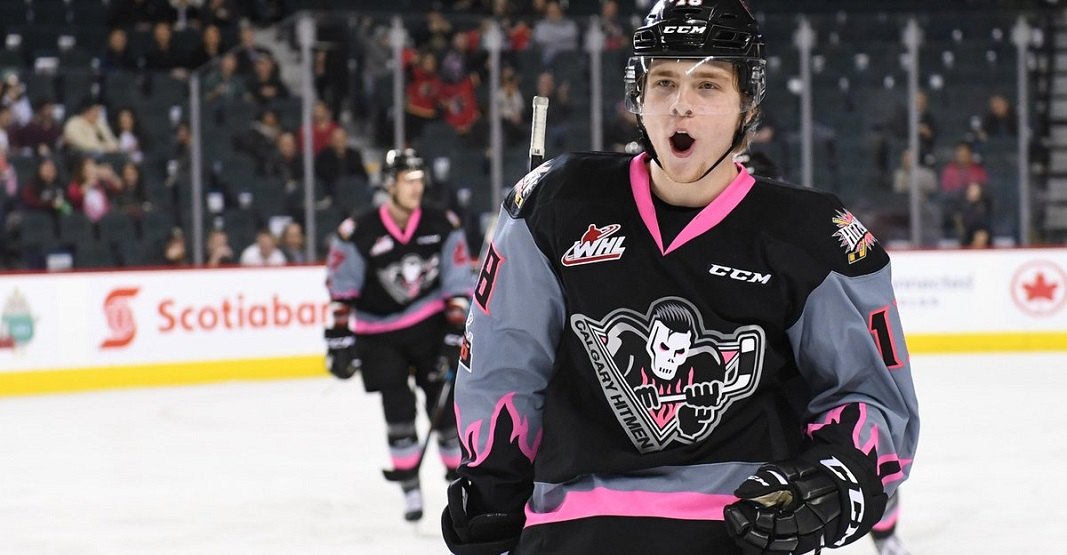 Having to deal with an injury in his rookie WHL season and a midseason trade in his second, the 18-year-old has faced two harsh realities of hockey before even getting drafted to the NHL.

Perhaps though, it has worked out for the best.

The Winnipeg native started this season with the Swift Current Broncos, but was sent to the Hitmen on November 25th as part of a blockbuster seven-player trade that saw Matteo Gennaro and Beck Malenstyn leave Calgary.

It was a change of scenery badly needed for Stotts, who was struggling to produce offensively with the Broncos.

Since the trade, Stotts has found himself a big role with the Hitmen. In 44 games, the 6-foot, 175-pound centre has 14 goals and 34 points in 42 games. Only Jakob Stukel (0.89 points-per-game) has produced at a better pace than Stotts among Hitmen players this season.

Now, just in time for his draft year (he is eligible for the 2018 NHL Draft) Stotts is starting to show the offensive flair that netted him so many points in Bantam and Midget, and made him a top-10 pick in the 2015 WHL Bantam Draft.

The path to Calgary 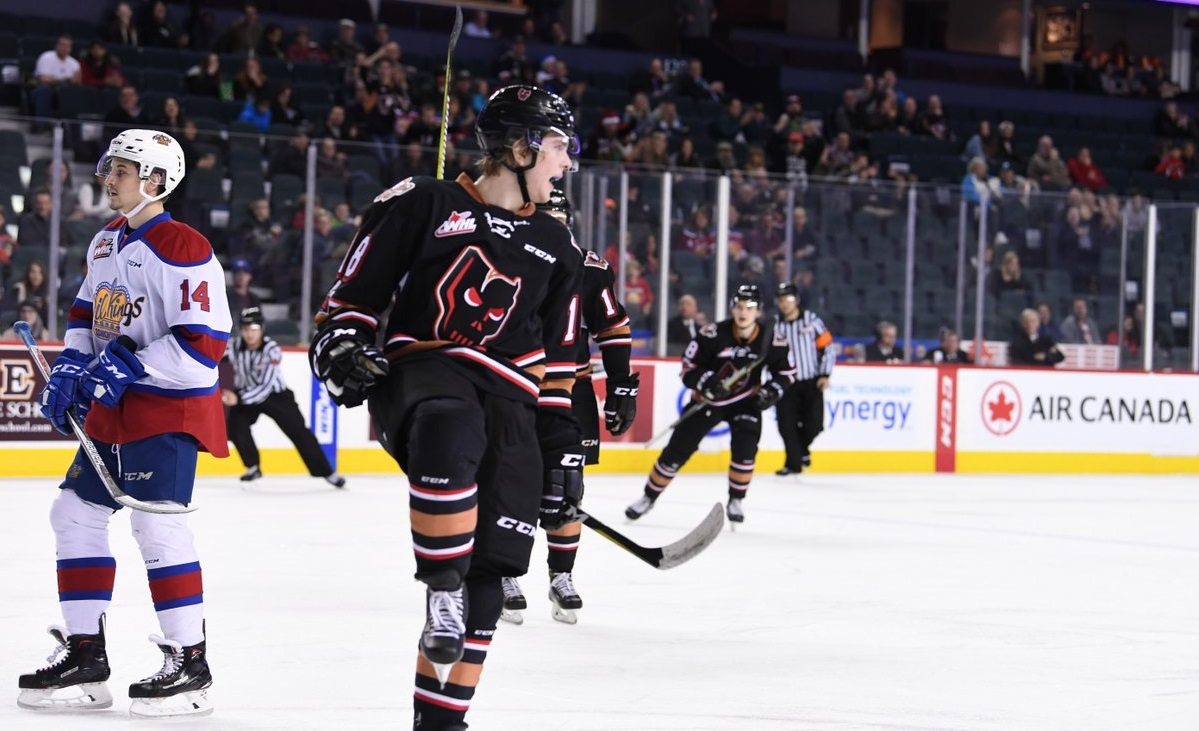 It probably wasn’t how Stotts envisioned his WHL career would start.

Just 12 games into his rookie season with Swift Current last year, Stotts suffered a freak foot injury that took him out of the lineup for several weeks. The injury occurred while playing at the World U-17 Hockey Challenge. Having collected three points in two games, his tournament ended in the dressing room of all places when a teammate accidentally stepped on Stott’s unprotected foot with his skate.

Stott’s suffered a very deep laceration on two of his toes, which set back his season with the Broncos.

Even after returning from the injury, it was tough for Stotts to find his groove. After scoring four goals in his first 12 WHL games before heading to the WHC-17 tournament, he scored only five times in his final 40 games after the injury.

In his second season, it was tough for Stotts to find an offensive role with the Broncos. A natural centre, he was behind veteran Glenn Gawdin on the depth chart, as well as other older players like Aleksi Heponiemi and Tyler Steenbergen. There really wasn’t a spot for Stotts to play a prominent role.

Stotts had just three points in 22 games with the Broncos to start the year until the blockbuster trade that brought him to Calgary, where a fresh start and a larger offensive role awaited him.

So far, Stotts has pounced on it.

With 34 points in 42 games, Stotts – who turned 18 in January – looks to be a big piece of the Hitmen moving forward.

As this is his 17-year-old season, Stotts still has two more seasons of junior until he makes the jump to pro hockey in the AHL or NHL as a 20-year-old. That means plenty more goals for the Hitmen to come!

Having moved past the injury and tough times in Swift Current, Stotts has found ways to produce in Calgary and should hear his name called in the 2018 NHL Draft.

A solid two-way player with good skating ability, Stotts was ranked 88th on the NHL Central Scouting’s midseason rankings for North America back in January. The way he’s been playing, that stock very well may have risen a bit since then.

Stotts was one of four Hitmen on the NHL’s midseason rankings, along with defencemen Vladislav Yeryomenko (#79) and Egur Zamula (#100), and forward Carson Focht (#200).