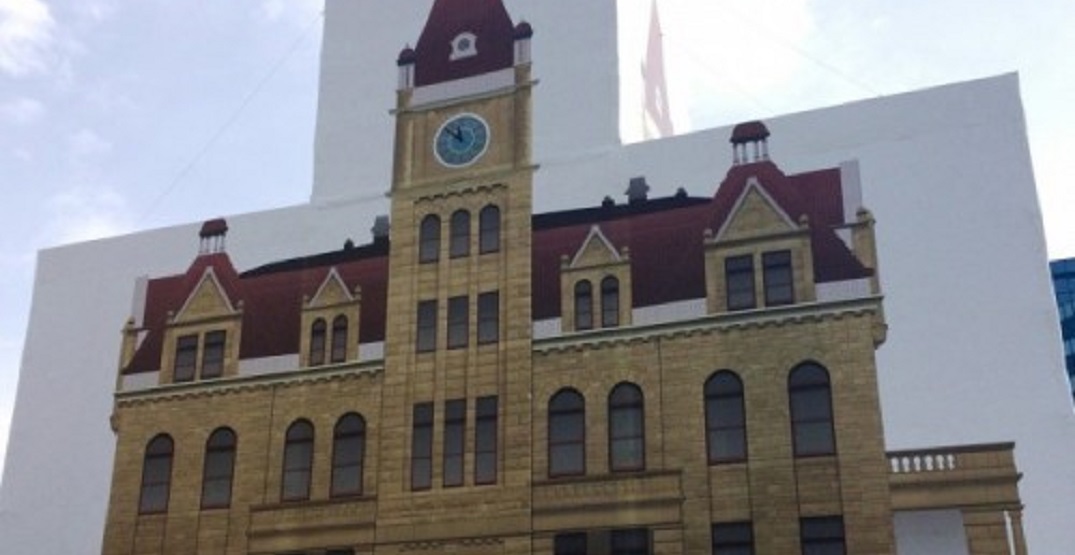 It’s been a long three years, but the wrapping around Calgary’s Historic City Hall is finally coming down.

The white plastic cover showing a photo of the historic building has been hiding the old City Hall since May 2017, when crews began work on restoring the structure.

According to a release from the City, the wrapping protected the sandstone exterior and allowed crews to work on the restoration project year-round. 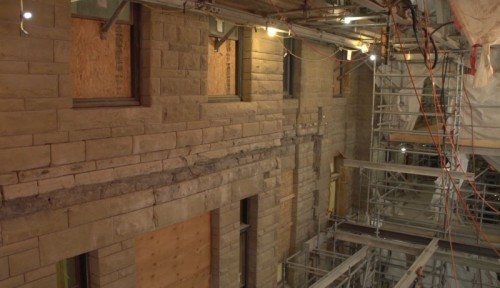 As the restoration of the building’s exterior nears completion, the plan is to unveil Historic City Hall by the end of June.

Once unwrapped, the building is expected to look quite similar to how it did before seeing repairs — though those with a keen eye will be able to spot a few differences.

Of the 15,522 sandstone pieces that make up the exterior of the building, 15,142 have received heritage treatment, while another 2,400 new sandstone blocks were used to replace those that were too far-gone.

“What Calgarians will see when Historic City Hall is unwrapped is a refreshed, rejuvenated version of the familiar landmark that has graced Calgary for more than a century,” said Darrel Bell, acting director of facility management, in the release.

“The work we’ve done on the sandstone over the last three years has been a labour of love and has restored our sandstone to a condition set to last for another hundred years.” 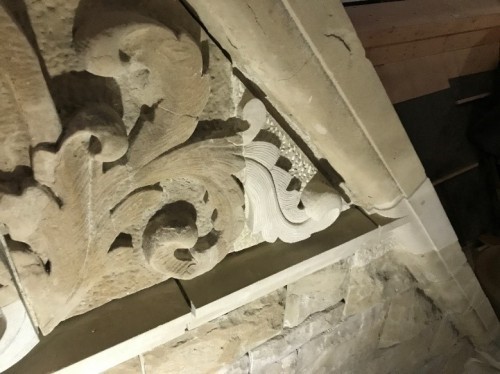 When looked at from afar, Historic City Hall will look like one uniform colour, but upon a closer look Calgarians will be able to note the subtle differences in each block of sandstone, much like how individual grains of sand differ in colour and texture.

Historic City Hall is expected to be reopened to tenants this September.