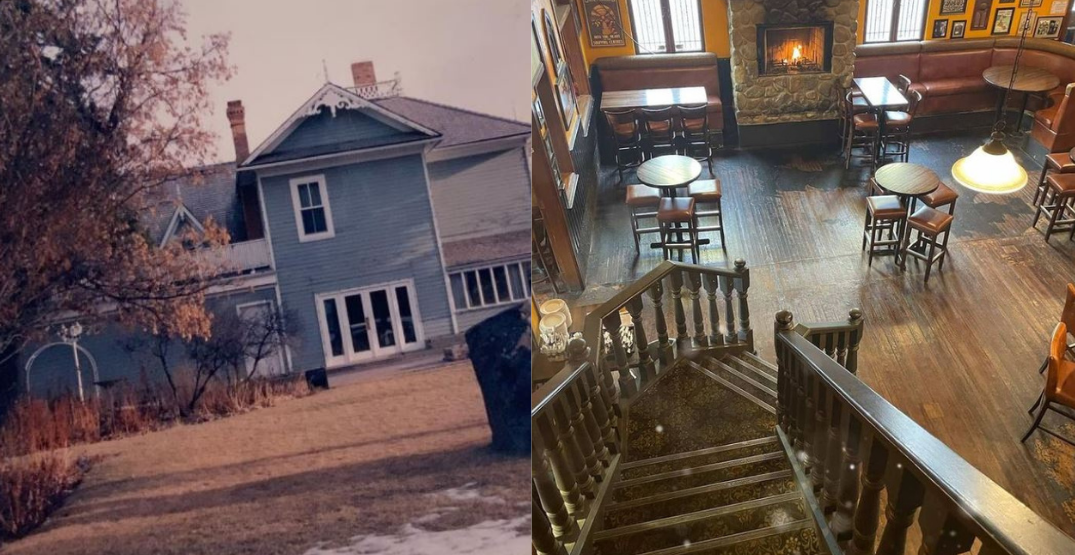 Are you brave enough this Halloween season to seek out the haunted restaurants in Calgary?

If you’re looking for a slice of haunted pie with your next meal, why not dine at a ghost-ridden restaurant?

There are plenty of amazing restaurants in Calgary, but it’s October, why not choose one inhabited by supernatural beings?

Here are eight haunted restaurants in Calgary that will likely make you rethink your dinner plans if you’re not up for a bit of a scare.

Staff at The Rose & Crown have heard unexplainable sounds coming from the building’s attic, where no soul has walked, such as doors closing, footsteps and more.

The well-loved pub is reportedly home to three spirits, (not including the dozens behind the bar), which are of a little boy who often hides behind the furnace, a middle-aged lady dressed in white, and a man who is believed to be her lover.

The building where Rouge Restaurant sits was built in 1899, and the original owners of the property are said to have tragically lost their two children there. Workers and restaurant patrons today report hearing sounds of children laughing and notice items moving places on their own. Spooky!

This hotel, which was built over 100 years ago, has been home to the unexplainable. Sounds, footsteps, sightings, you name it. If you choose to dine at their restaurant, Hawthorn dining room, don’t say we didn’t warn you!

This old firehall turned pub has been featured on the show Creepy Canada for the odd occurrences experienced by staff and guests. For example, the dishwasher turning itself on and spraying kitchen workers, oven doors opening and slamming shut on their own, and the opening cook complaining that his shoelaces keep becoming untied on their own.

A former production director is rumoured to haunt Ironwood Stage, with a knack for locking doors and trapping people in rooms that they can’t get out of. If you’re thinking about dining here, perhaps consider bringing a friend or two!

Prior to transforming into a pub, Cat N’ Fiddle used to be a funeral parlour where spirits roamed freely. The ghosts who are believed to inhabit the pub include a woman in a red dress who smells like lavender and a biker who revs his motorcycle up and down the bar. Next time you’re in town looking for a drink, just remember, this place really does put the “boo” in booze.

Everyone knows that the Deane House is one of the best places for dinner, but did you know that it’s also considered one of the most haunted restaurants in Calgary?

There have been several reports of supernatural occurrences and unexplained goings on here, from a mysterious man smoking a pipe to a disconnected telephone that rings.

It makes sense that a riverside ranch established in the mid-1800s would have some tales of hauntings.

There have been many stories of phenomena over the years, many of which have been attributed to Charlie Yuen who was a cook here in the 1930s.

Charlie was killed in a car accident AND his dying wish? To be buried at the Bow Valley Ranche. In the end, he was buried in China instead, which might explain why his restless spirit stays here.

With files from Manisha Singh