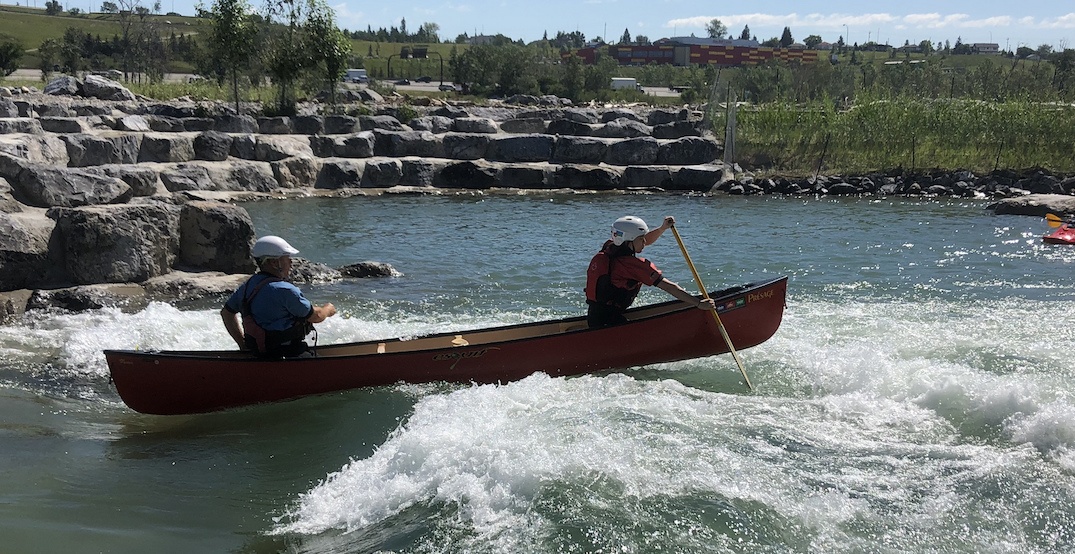 Canoeing on the newly reopened Harvie Passage (City of Calgary)

Raise the sails and batten down the hatches — Harvie Passage is open for vessels once again.

After being significantly damaged by the 2013 flood, the Bow River’s Harvie Passage was closed down for repairs and a complete redesign, according to a release from the Government of Alberta.

Construction on the project began in 2016 to the tune of $8 million, and the whitewater stretch of the Bow has finally been reopened for river-users — just in time for the hottest days of the summer. 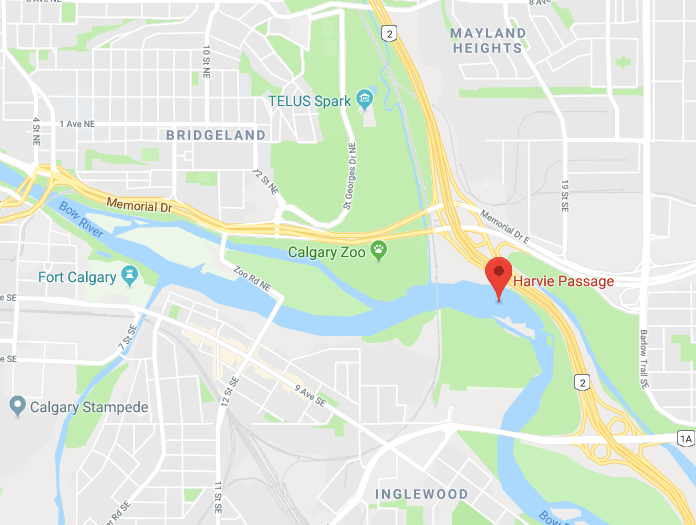 Calgary Mayor Naheed Nenshi said in the release that the reopening is yet another marker of the city’s resiliency following the floods of 2013.

“It’s exciting to have Harvie Passage open for Calgarians and visitors to Calgary. I have no doubt this will quickly become a much-loved natural space – another way for us to connect with the Bow River,” Nenshi said in the release.

“Today’s announcement is also incredibly symbolic of the progress we’ve made since the 2013 flood; together, as partners, we can rebuild what was damaged to become better, stronger and more resilient.”

The redesign was created in a collaboration between the Alberta Whitewater Association, the Harvie Passage Alliance, the City of Calgary, and the Government of Alberta.

Chuck Lee, the executive director of the Alberta Whitewater Association, said in the release that the new design means that the area will be more enjoyable than it was back before 2013.

“The Alberta Whitewater Association is excited to see the reopening of Harvie Passage on the Bow River in Calgary,” Lee said in the release.

“The reconstructed passage is better designed to be more flood-resilient and a safer whitewater park that will be more fun than before.”

The passage divides the Bow into two channels — one with Class 3 rapids for more experienced boaters, and the other with slower waters for newer paddlers.

The redesign also included a new beach near the rapids, a stepped rock feature for river access, a viewing area near the mouth of the channel, and an island that separates the two passages — meaning that even those who aren’t actually on the water will still enjoy the new addition to the Bow.

While the new passage is safer than it was before the redesign, it should be noted that all moving water is a safety risk, and visitors to the river are encouraged to use caution when navigating the waterways.