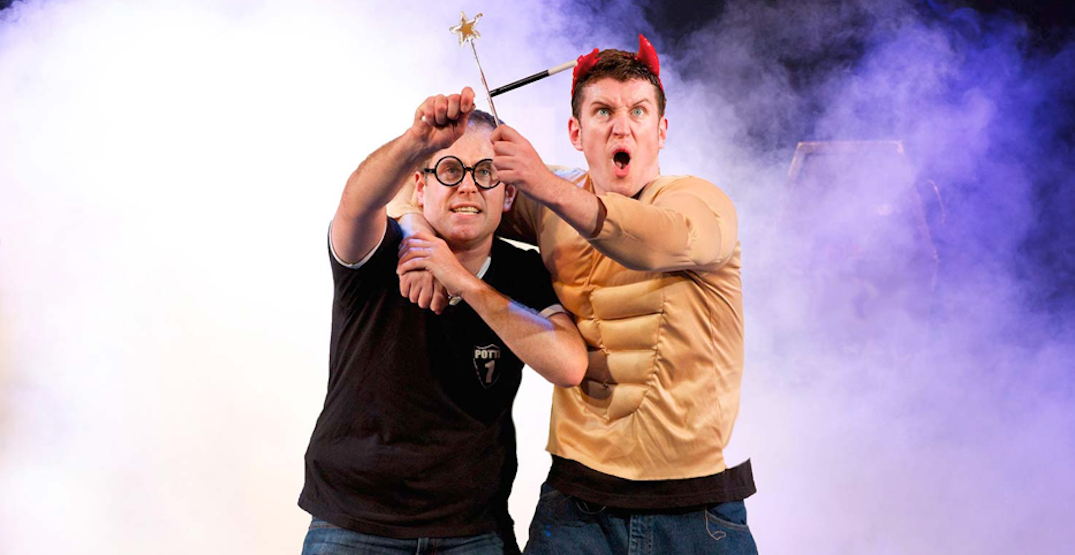 Harry Potter fans rejoice (or recoil in canon-breaking horror) because a new retelling of the beloved book series is on its way to Calgary.

Arts Commons will be hosting Potted Potter – the Unauthorized Harry Potter Experience, a 70-minute show taking on the seemingly impossible task of depicting the seven Harry Potter novels in one go.

A release from Arts Commons states that Potted Potter has received favourable reviews for its shows in New York, Chicago, Mexico City, and the West End.

Even with only 10 minutes to retell each adventure Harry, Ron, and Hermione found themselves in each year at Hogwarts, a real-life game of Quidditch, a fire-breathing dragon, and some brilliant songs have also found their way into the production.

Potted Potter will play from February 5 to 18, and tickets have already gone on sale for as low as $43.

As for suitable ages?

“This brilliant family entertainment is perfect for ages six to Dumbledore (who is very old indeed),” states the release.

Time: Schedule of performances can be found here