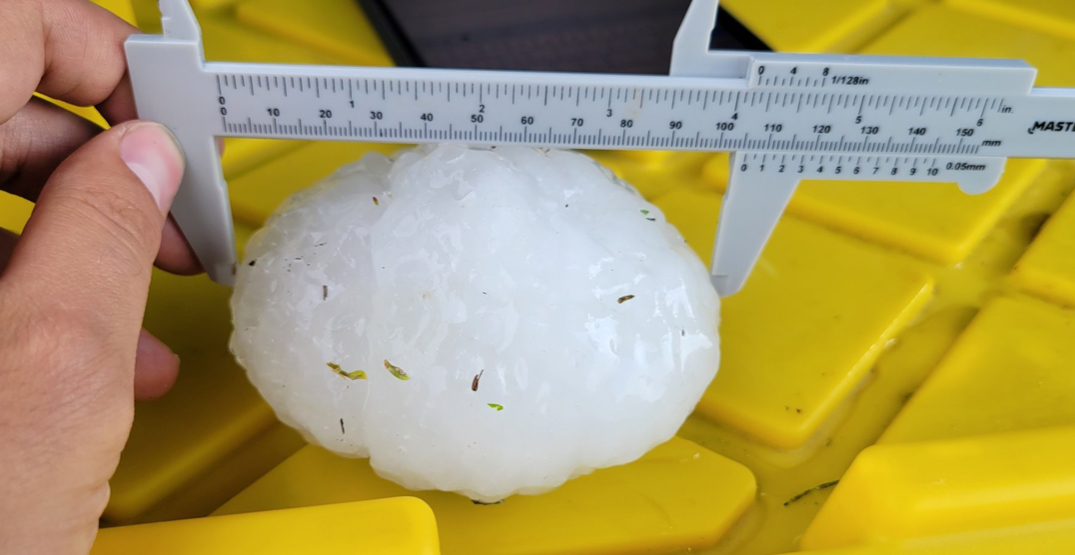 Baseball-sized hail was also reported from the storm that struck near the community of Markerville, southwest of Red Deer.

A tornado warning is in place for the Red Deer area, with Environment Canada saying it is tracking a severe thunderstorm that is possibly producing a tornado.

As of 6:10 pm, doppler radar indicates a potential tornado is located near Niobe.

The federal weather agency added to “go indoors to a room on the lowest floor, away from outside walls and windows, such as a basement, bathroom, stairwell or interior closet.”

Those in danger are also urged to leave mobile homes, vehicles, tents, trailers and other temporary or free-standing shelter, and move to a strong building if you can. As a last resort, lie in a low spot and protect your head from flying debris.