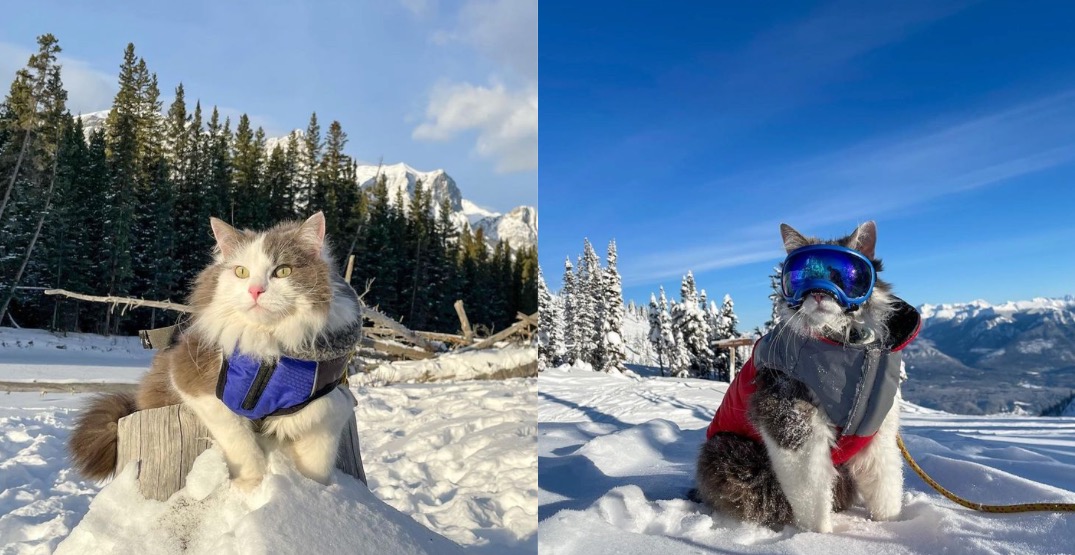 Lights, camera, Gary! An adventurous cat in Alberta is now being featured in a TikTok Canada commercial describing his outdoor adventures.

Gary and his owner, James Eastham, live in Edmonton and are known by hundreds of thousands of people across Instagram and TikTok for their outdoor escapades.

Gary’s social game is impressive. As of January 2022, he has amassed more than 430,000 followers on Instagram.

He is even more popular on TikTok, surging past the 530,000 followers mark. Some of his videos even break the five million views mark.

His popularity on that platform led to a call this past fall from TikTok Canada directly to Eastham, with the team there hoping to profile Gary in a new ad campaign.

“There’s a lot in my life that I find kind of strange running a large cat Instagram account, and this is up there,” said Eastham. “It’s pretty wild. It’s a relatively expensive commercial, it’s pretty neat that my content is getting used in that way.”

The commercial doesn’t directly show Gary, but features a woman describing Gary’s wild outdoor adventures to another woman. The clip ends with Gary’s TikTok handle, “Greatgramsofgary”, flashed on the screen.

Eastham says it’s certainly one of the largest ad campaigns Gary has ever been a part of.

“To be promoted by major social media platforms it’s pretty cool,” he added.

So, keep your eyes peeled for the ad! One of the most popular platforms on the planet profiling a cat in Alberta? That’s neat.

As for the harsh Edmonton winters, Eastham says Gary actually doesn’t mind them, when they aren’t too extremely cold.