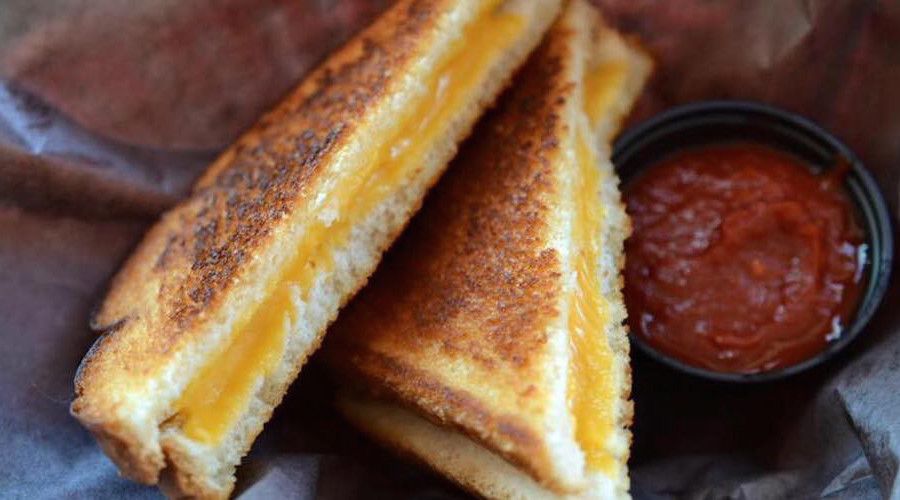 Great–no, GRATE–news: Grate & Barrel will be back with their grilled cheese sandwiches, beer, and pie milkshakes in just a few weeks, with a new permanent spot in Bridgeland.

Now in the final stages before opening their new 500-square-foot 10-seat spot on 1st Avenue NE, owner Mhairi O’Donnell says they are aiming to open in early February.

Known for their menu of grilled cheese sandwiches named for local musicians, along with their decadent pie milkshakes, Grate & Barrel was also known during their stint of pop-ups and event appearances for ticking off a certain US-based furniture store with their moniker.

Initially concerned they’d have to change their name,O’Donnell says they’re sticking with Grate & Barrel. “We use grated cheese and have barrels of beer,” adds O’Donnell.

The menu’s not changing much, either, beyond some tweaks put in place over the past few months.

Because of the new space’s size, O’Donnell says Grate & Barrel will offer their signature sandwiches on a rotating menu. They’ve added classic tater tots as a side option, and along with the shakes will have a couple of Italian wines on tap, as well as two beers. One tap will be for pouring Big Rock’s Rhine Stone Cowboy Kölsch Style Ale, which O’Donnell says was chosen for its suitability for pairing with all the sandwiches on the menu, and its light flavour and gentle effervescence.

Come summertime, Grate & Barrel will also serve up sangria with their sammies, and will make use of the sunny days in their outdoor garden space.

The plan is to be open for lunch and dinner Monday through Saturday, and O’Donnell expects they’ll open at 11 am and stay open until between 9 and 11 pm, depending on the demand in what is a new neighbourhood for the grilled cheese venture.

We’ll keep you posted about their opening date. Stay tuned.

UPDATE: Grate & Barrel will open for business on Monday, March 27 at noon, serving lunch only. For the first few weeks they will offer lunch service Monday through Friday from 11 am to 3 pm.