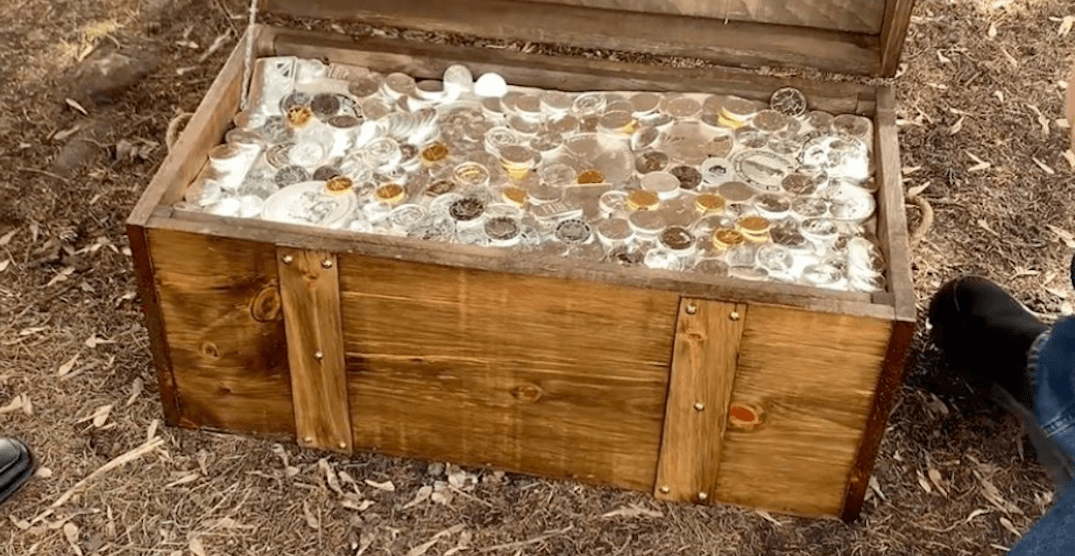 Get out your metal detectors, because another treasure hunt will soon be underway in YYC.

The first hunts were kicked off at the start of June, with participants receiving clues that would lead them to buried treasure — or at least to a small box containing a certificate that would entitle them to $100,000 (give or take) in valuable coins.

The Edmonton treasure was found within just 20 hours of the clues being released, while the Calgary one took five days.

It wasn’t until June 10 — 10 days after the hunts started — that the Vancouver fortune was finally tracked down.

On Monday, June 24, GoldHunt’s organizers announced to would-be pirates that they have plans for GoldHunt 2, which is expected to feature more history-centric riddles, more checkpoints, and a storyline, according to a blog post.

A video hosted by GoldHunt spokesperson and organizer Chris was included in the post, wherein he stated that there would be more “loot” up for grabs this time around.

“It is official that GoldHunt round two is in the works,” he said.

“You wanted it to be tougher, you wanted to see history incorporated, you wanted more loot, well, ask and you shall receive, my friends.”

Maps for the three new hunts are expected to go on sale Saturday, June 29, with the clues being sent to participant’s inboxes on July 27 to officially start off the treasure hunts.

“We’ve made this hunt bigger, better, and more epic in all of the best ways possible, and there’s going to be epic loot that you can find along the way.”

Chris also noted that there are more cities in the pipeline for any Canadians feeling a little left out of the real-life treasure hunt.

If you’re up for the challenge, you could also travel to all three locations to try to find all of the hidden treasure.

Maps will be available for purchase on the GoldHunt website as of June 29.

To participate, you must be a Canadian citizen and be the age of majority.

When: Maps go on sale June 29 and will be released on July 27
Time: TBA
Where: Throughout the city limits of Edmonton, Calgary, and Vancouver
Cost: $35 to $55 for the clues