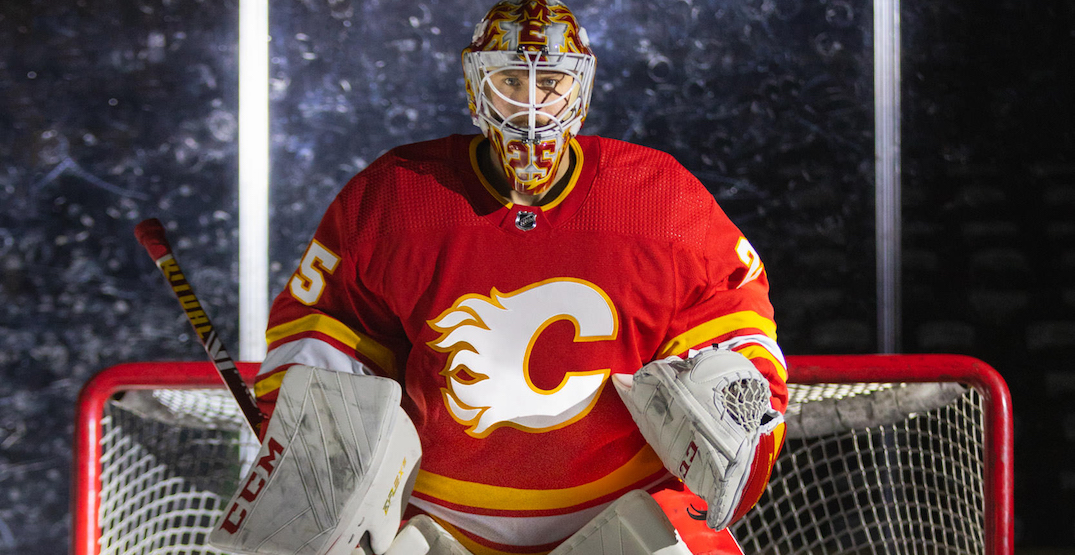 Seeing the start of training camp has rarely felt as good as it does this week.

After months of uncertainty and bickering between the National Hockey League and its players, the 2020-21 (or is it just 2021?) NHL season is firmly on the horizon with training camps opening across the league.

Coming off a fall signing season with plenty of new faces such as Jacob Markstrom, Chris Tanev, and Dominik Simon, this will likely be a make-or-break season for the Calgary Flames. Any normal year it would be fairly straightforward to project Calgary’s chances in the Pacific Division, having to contend with the usual crop of Western Conference opponents.

A few of the new guys 🥰 pic.twitter.com/Ou6DMDk5pc

Of course, this will not be any normal year for the Flames.

Calgary is eyeing a condensed 56-game schedule, they will be carrying expanded rosters including a full taxi squad, and most importantly will be playing in the all-Canadian North Division. There will be plenty of ammo available for excuses if Calgary fails to live up to their standards this season, but that doesn’t excuse the fact that the Flames have reached the second round of playoffs just once in the last 16 years.

As many of us look ahead to what the new year could offer, these are just a few attainable goals Calgary can reach in 2021.

1. Getting out of the first round of playoffs

It’s a fact that the Flames have been one of the league’s most middling teams over the last decade and a half, especially when it comes to playoff success.

Dating back to Calgary’s famous run to the Stanley Cup Final in 2004, the Flames have tasted the Western Conference semi-finals just once since when they fell in five games to Anaheim in 2015.

That Flames team surpassed expectations and seemed to lay the groundwork for a perennial contender out of the west. Not including Calgary’s qualifying series win over the Winnipeg Jets this summer just to get into the playoffs, Calgary has won a total of three post-season games over the last half decade.

The weirdness posed by the inaugural North Division could be a good thing for the Flames, as they won’t have to battle for a playoff spot with the powerhouse Vegas Golden Knights.

Four Canadian clubs will get the chance to punch their ticket to the playoffs and Calgary looks to be right in the mix, at least on paper. Aside from the Ottawa Senators in the basement, the all-Canadian division is wide open and could see the Flames finally achieve some semblance of post-season success.

2. Gaudreau gets back to a point-per-game pace

Gaudreau looked like the shell of himself falling from a career-high 99-point season to just 18 goals and 58 points in 70 games last year for Calgary.

It wasn’t just his regular season that saw the diminutive winger struggle, but his playoffs were also criticized despite netting seven points in 10 games. Gaudreau seemed timid with the puck for much of the season and often was a ghost when it came to driving play.

Teammate Matthew Tkachuk meanwhile continued to round out his 200-foot game, shifting the conversation to whether Gaudreau and by association his centre Sean Monahan would continue to be the team’s core players long-term.

With just a 56-game season to work with and the Flames holding firm on keeping the now 27-year-old over the off-season, this will likely be Gaudreau’s best (and maybe final) chance at discovering his scoring ways again in Calgary.

His clock will tick even louder this year with only two seasons left on his current contract.

When Brad Treliving pulled out his pocketbook over the fall and give free agent goalie Jacob Markstrom a monster six-year, $36 million deal, it marked his biggest swing as Flames general manager.

After years of signing goalies to platoon the crease like Ramo-Hiller, Elliott-Johnson and Rittich-Talbot, the Flames finally can lay claim to their first true number one option since Miikka Kiprusoff.

Markstrom comes to the Flames after a handful of outstanding seasons with the Vancouver Canucks, whom he played over 160 regular season games with over just the last three seasons alone. Throw in a save percentage that hasn’t dipped below .912 over that span and you have one of the most consistent goaltenders in the league.

Now, there is some sizeable risk with Markstrom’s deal especially when it comes to the later years of his contract. But he wasn’t signed for four or five years down the road, he was signed to help the Flames win now.

No Flames goaltender has posted a save percentage better than a .919 since Kiprusoff’s retirement in 2013, a mark that Markstrom hit in 14 playoff games in the Edmonton bubble.

4. Valimaki emerges as a top-four talent

Few first round picks have had to claw their way to a regular NHL job like Juuso Valimaki in recent years, but it finally seems like the 22-year-old will be a lock in the lineup.

The 16th overall pick in the 2017 Draft has only dressed in four NHL games since November 2018 following a number of injuries, including a torn ACL that kept him on the sidelines for the entire 2019-20 season.

Valimaki was able to rehab over the NHL’s pause during the spring and summer, being loaned to Ilves in his native Finland this fall where he tore apart the league for 19 points in 19 games from the blue line.

Following the loss of T.J. Brodie and Travis Hamonic from Calgary’s defensive crew, this has set Valimaki up to become a staple in the Flames lineup every night. He’ll likely start the season on the third pairing with Oliver Kylington, as the team’s top-four is currently filled by captain Mark Giordano, Rasmus Andersson, Noah Hanifin, and the newcomer Tanev.

Valimaki might not get the minutes of a top-four defender this season due to the glut of veterans ahead of him, however there is a reasonable chance his game could elevate to that level.

Calgary envisions Valimaki as the successor to the 37-year-old Giordano and this could be his first real opportunity at proving them right.