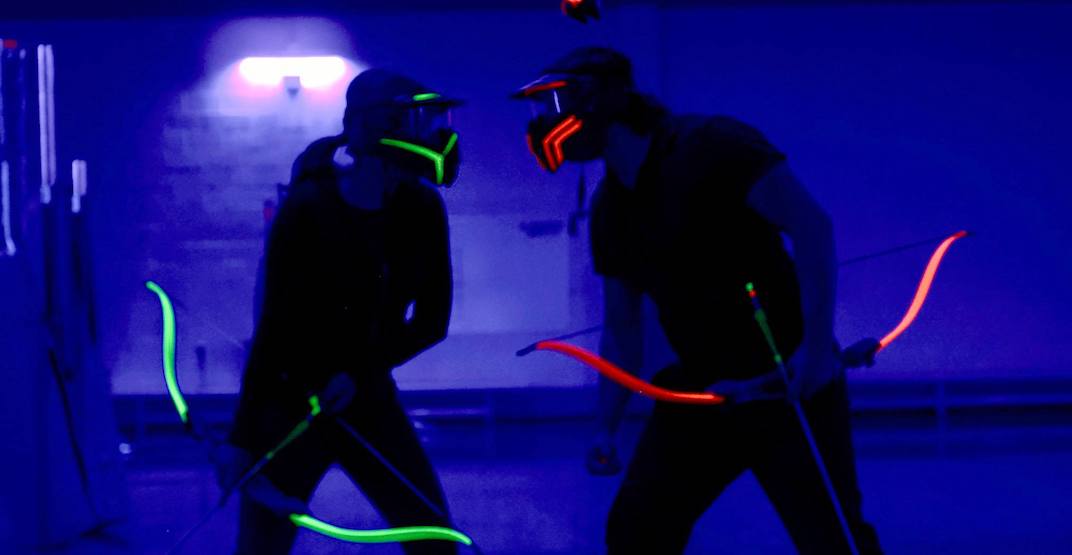 The Fight in the Lights (Strike Combat Archery/Facebook)

This is about as unusual as it can when it comes to a game of dodgeball.

Strike Combat Archery, a company that hosts archery tag events around Calgary, has put together the aptly-named Fight in the Lights event for this upcoming Sunday.

The “fight” will pit two teams of archers against one another in The Official Rally Pointe Volleyball Club’s gym, with the lights out, shooting glowing arrows at each other until one side emerges victorious.

Definitely not you usual Sunday night.

Participants must be 13 and over, according to the event’s Facebook page, and tickets will cost $25 per payer.

To accommodate for the popularity of the event, the organizers have added a second round, allowing up to 80 players in total to test their arrow-shooting skills on live targets.

We should probably mention at this point that there’s foam padding on every arrow tip.

Tickets can be purchased online in advance, or for $30 at the door on the night of – though we doubt there will be any spots left by the time Sunday rolls around.

So, are there any Robin Hoods or Katniss Everdeens out there willing to volunteer?