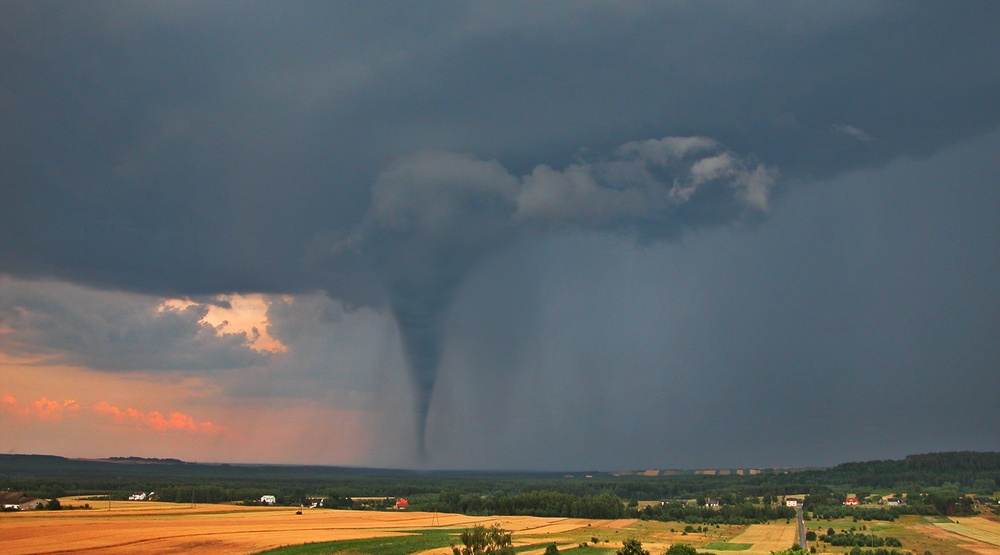 Environment Canada says conditions will be favourable for the development of funnel clouds today east of Calgary.

“A weather disturbance located over central Alberta will maintain an unstable airmass over the region late this afternoon into early this evening. Funnel clouds may appear from rapidly developing clouds from the Lloydminster and Coronation regions and extending westward into the Drumheller and Brooks regions. These storms should weaken this evening.”

No advisory has been issued for Calgary since yesterday’s thunderstorm watch but the advisory is in effect for:

Officials say these types of funnel clouds are generated by weak rotation under rapidly growing clouds or weak thunderstorms. This weak rotation is normally not a danger near the ground. However, there is a chance that this rotation could intensify and become a weak landspout tornado.

The online advisory states that “if conditions become more favourable for the development of landspout tornadoes, watches and warnings will be issued by Environment Canada.”