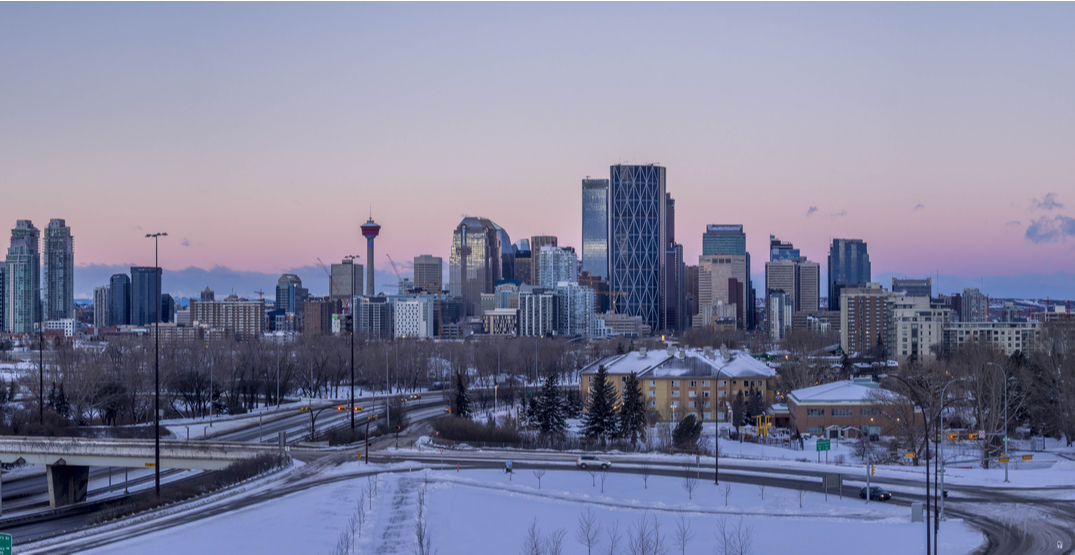 It looks like this wintery weather is sticking around for at least another few days.

Our weekend weather forecast is showing below freezing temperatures and a bit of snow is on its way for Calgary between now and Sunday night, proving that fall truly is fleeting up here in YYC.

According to the forecast, Thursday will likely be the last chance for Calgarians to enjoy above freezing temperatures for the foreseeable future, with a midday high heating all the way up to a scorching 1°C.

That heatwave will dissipate by Friday, however, which will clock in at 0°C at its warmest and -6°C at its coldest.

The same chill will be felt on Saturday, with a high of -1°C, a minimum of -7°C, along with some snow in the works.

Sunday will be the coldest day of the entire weekend with a high of just -5°C and a low dropping down to -10°C.

If you haven’t already tracked down your favourite pair of mittens, toque, and scarf combo, you may want to do so sooner rather than later, because we don’t see a Chinook on its way any time soon.