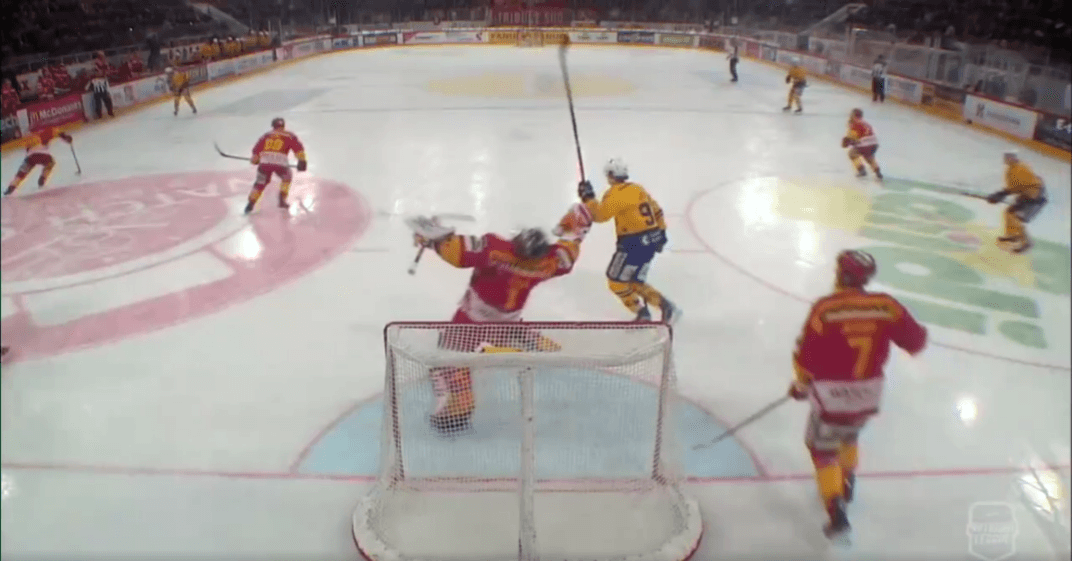 Ever seen one of those Oscar bait movies that tries so hard, they risk their chances of winning anything?

Well ex-Flames goaltender Jonas Hiller might be a contender.

The 36-year-old goaltender, who played two seasons with the Calgary Flames before moving back to Switzerland in 2016, tried to sell an interference penalty on Thursday, with disastrous consequences.

Trying to sell a penalty call, the referee wasn’t buying any of it. Instead, Hiller’s dive put him out of position, causing him to get scored on. The theatrics came in a playoff game, with Hiller’s team holding a two-goal lead in the game.

“In life you sometimes do stupid stuff you regret later… This is definitely one of them,” Hiller said in an apology on Facebook Friday morning. “I can’t even watch the video cause I’m ashamed of myself. Not role model like for sure and I’m deeply sorry.”

Hiller also took the opportunity to place blame on a Swiss league rule that “tempts” goalies into diving when an opposing player skates through their crease.

Luckily for Hiller’s pride, his team managed to hold onto their lead and finish the game with a 5-3 win – tying the series 2-2.