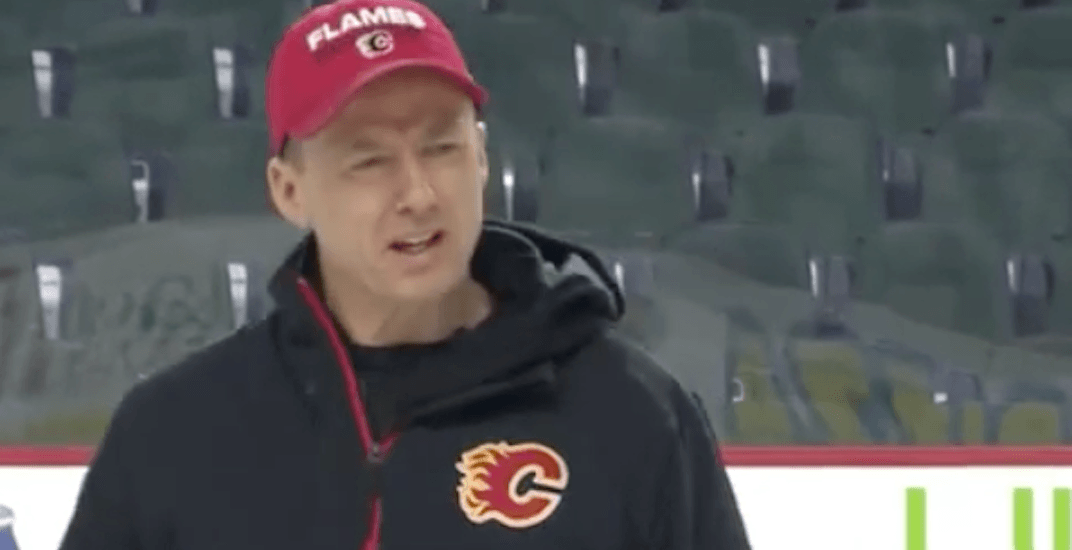 Off the ice, Glen Gulutzan seems like such a nice, mild-mannered guy.

But on the ice, the Calgary Flames’ bench boss is intense.

That’s not unusual for an NHL head coach, though he leads the league in viral videos this season. After a hilarious stick-swinging incident made the rounds in January, Gulutzan is in the news once again.

In his second year with the Flames, Gulutzan must be feeling the heat.

The team struggled once Mike Smith went down with an injury, going 5-6-2 without him. Smith returned to the net on Sunday, but with disastrous results.

The Flames lost 5-2 on home ice to the New York Islanders, a team that has been struggling themselves.

At practice on Monday, Gulutzan didn’t mix words, telling his players they need to know when they can and can’t make a play. His language was colourful, dropping some F-bombs for effect.

The Flames are in a tightly contested playoff race, with 12 games to go in the regular season. They’re two points back of Colorado for the last playoff spot in the Western Conference, sandwiched between Los Angeles and St Louis on the outside looking in.