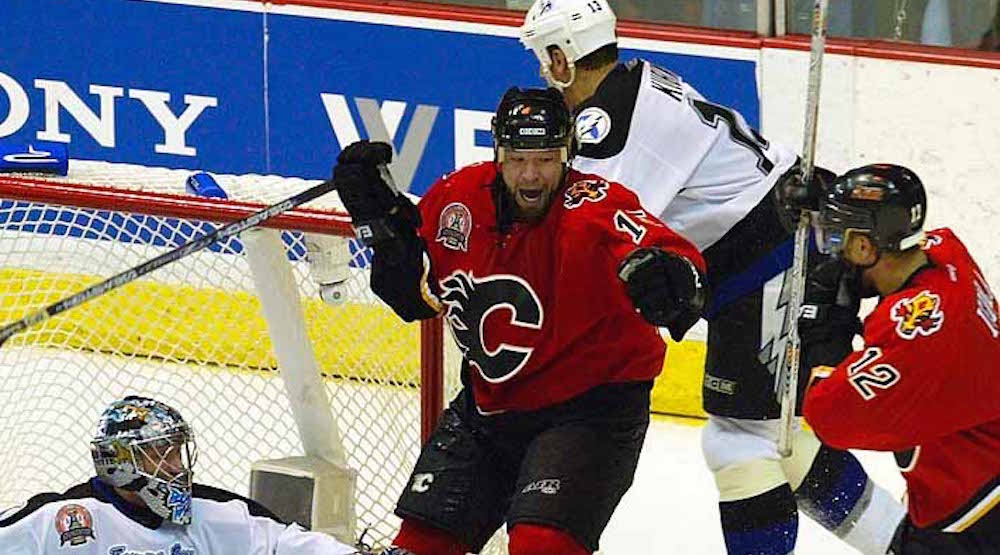 Chris Simon played 782 regular season games plus 75 more in the playoffs during a 15-year career in the National Hockey League. One of the toughest players of his generation, Simon was a key member of the Flames during their run to the Stanley Cup Final in 2004.

He made over $15 million in his pro hockey career, which included five years in the KHL at the tail-end of his playing days.

But just four years after his career ended, the 45-year-old ex-player has lost it all according to a story by Andrew Seymour of the Ottawa Citizen.

Unfortunately, stories of professional athletes losing all their earnings are more common than you might think. ESPN’s 30 for 30 documentary “Broke” outlined just how remarkably easy it can be for athletes to lose their millions back in 2012, and many other athletes – including hockey players – have filed for bankruptcy since.

Simon is reportedly in debt, and unable to work due to CTE symptoms which were likely caused by concussions during his pro hockey career. One of the most feared enforcers in the game, Simon tallied 1824 penalty minutes during his time in the NHL, ranking him 66th on the all-time list.

According to his affidavit, the 45-year-old has signed over power of attorney to his mother. He started receiving $966 a month in social assistance in January, and his first disability payment was $1,441 in April. He hasn’t worked since November 2015. His gross income for all of last year was just $3,836.13, he reported.

Simon is part of a class-action lawsuit against the NHL, claiming he suffered “multiple serious head traumas” that were improperly diagnosed and treated.