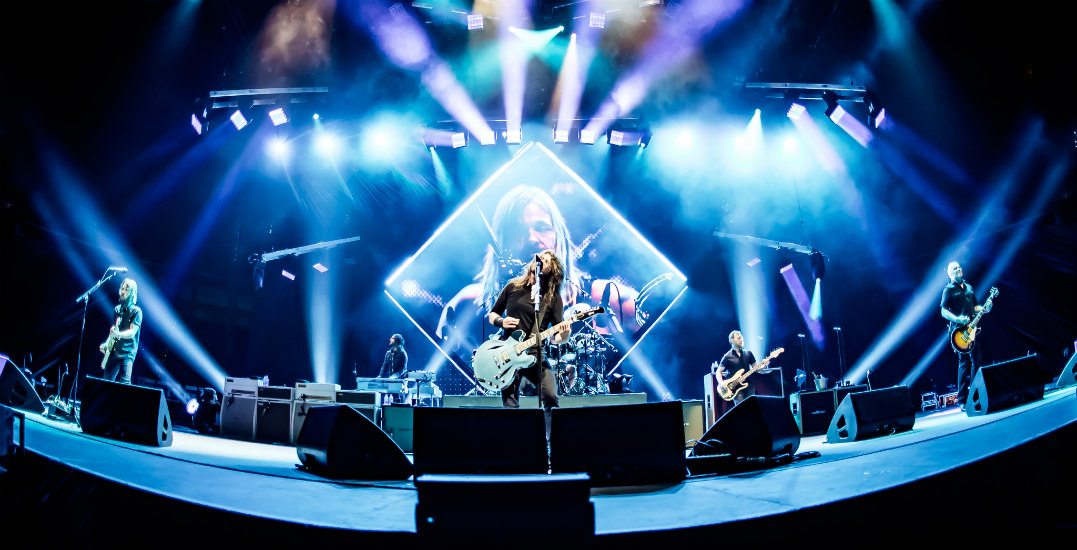 Fans of Foo Fighters may be disappointed to hear that they’ll need to wait another month before seeing the band perform live.

While shows were scheduled for September 4 and 6 in Edmonton and Calgary respectively, the band recently announced that those shows had to be rescheduled due to lead singer Dave Grohl suffering an illness that caused him to lose his voice.

The singer is now on vocal rest, saying in the release “that’s the last time I ever make out with Bono,” following a show on September 1 at Safeco Field in Seattle.

The new shows are scheduled for October 22 in Edmonton and October 23 in Calgary, with previously purchased tickets being honoured on the new dates. Anyone who would like a refund will be able to receive it at their point of purchase until September 25.

The tour will resume starting September 8 for the Foo Fighters show in Vancouver at Rogers Arena.

“Foo Fighters are, as always, grateful for the understanding and support of their fans everywhere and look forward to seeing everyone in Edmonton and Calgary in October,” the Live Nation release states.