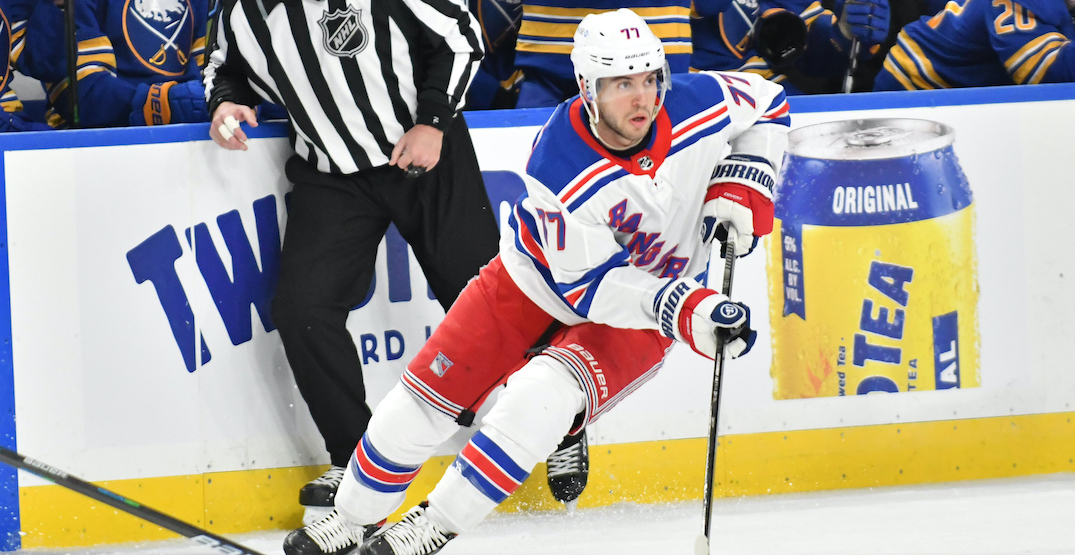 The Calgary Flames may be in the market for a new defenceman.

According to the New York Post, the Flames are “conducting due diligence” on Tony DeAngelo and have expressed a “preliminary interest” in the New York Rangers defenceman.

DeAngelo was recently placed on waivers after a reported physical altercation with a Rangers teammate, goaltender Alex Georgiev. The scuffle took place after New York’s 5-4 overtime loss to the Pittsburgh Penguins on January 31.

The Sewell, New Jersey native, has recorded 106 points in 206 NHL games and last season he was very productive, putting up 15 goals and 53 points in 68 games. The Rangers rewarded his good play with a two-year contract extension worth $9.6 million this past offseason.

However, controversy has followed the 25-year-old throughout his NHL career. He has had Twitter battles with countless fans, and has been scrutinized for his support of former United States President Donald Trump.

One of the players mentioned by the Post that Calgary could move in a potential trade is Sam Bennett. The former fourth overall pick has seen his name in trade rumours since he was designated a healthy scratch against the Winnipeg Jets yesterday.

Bennett has not produced much to start this season, having just one point in nine games. For his career, he has put up 63 goals and 129 points in 373 games.

The Flames’ next game is on Saturday against the Edmonton Oilers. Puck-drop is at 9 pm MT on CBC and Sportsnet.