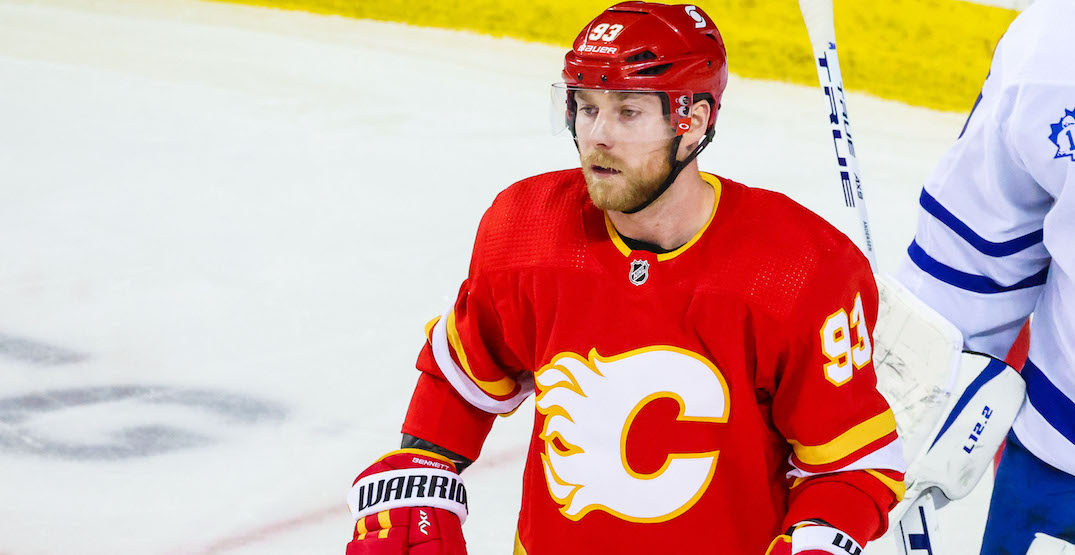 Sam Bennett will sit out tonight’s game in Winnipeg.

The Calgary Flames forward is a healthy scratch, head coach Geoff Ward confirmed today, as the team looks for a win against the Jets without him.

Here’s how the Flames lineup should look tonight, according to Sportsnet 960’s Pat Steinberg:

#Flames projected tonight in Winnipeg, per the team:

The move to scratch Bennett for the first time this season comes less than a week after Elliotte Friedman reported that he would welcome a trade out of Calgary.

“There was a rumour going around this morning that Bennett might want a change of scenery, and I did call his agent Darren Farris, who said yes that’s true. He would like it to be considered,” Friedman said during Hockey Night’s Saturday Headlines intermission segment. “[The Flames are] not in any hurry to do it. They like their depth down the middle, they’re not racing to make a move.”

Bennett has not had a productive start to the season, scoring zero goals and adding just one assist in nine games.