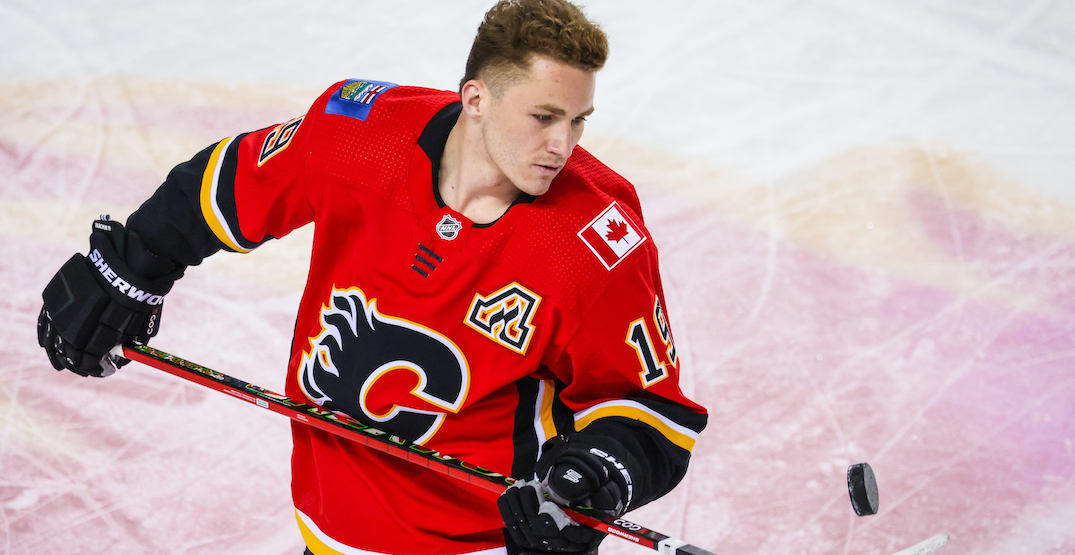 Does Matthew Tkachuk want out?

O’Brien, who had gotten into radio and podcasting after his pro hockey career ended in 2018, had a lot to say about the rugged Flames forward.

“I heard Tkachuk wants out of Calgary,” said O’Brien. “I think there could be a trade in the works there.”

O’Brien went on to say that Tkachuk wants to play for the St. Louis Blues, his hometown team. He also added that Vladimir Tarasenko could be involved in a potential trade.

“Is it going to happen? I don’t know, but I just heard some rumblings that it could be a Tkachuk for Tarasenko thing,” he added.

Here is where the Matthew Tkachuk rumours started yesterday. Shane O’Brien mentions he’s heard Tkachuk wants to play in St. Louis and that a deal for Tarasenko could make sense. #CofRed #stlblues pic.twitter.com/D8s2avrjjY

Tkachuk, 23, finished third in scoring on the Flames last season, with 43 points in 56 games. He has 278 points in 349 career games since being drafted sixth overall by the Flames in 2016.

After another disappointing season, there is pressure on Flames GM Brad Treliving to make changes this offseason, and Tkachuk is about to enter the final year of a contract that pays him $7 million.

Whatever your stance is on moving Tkachuk, the Blues would need to include a lot more than Tarasenko in order for Calgary to win a potential trade.

Tarasenko, 29, has run into injury trouble in recent years, only playing 24 games last season and just 10 games in 2019-20. He also makes $7.5 million per season, and is scheduled to become an unrestricted free agent in 2023.