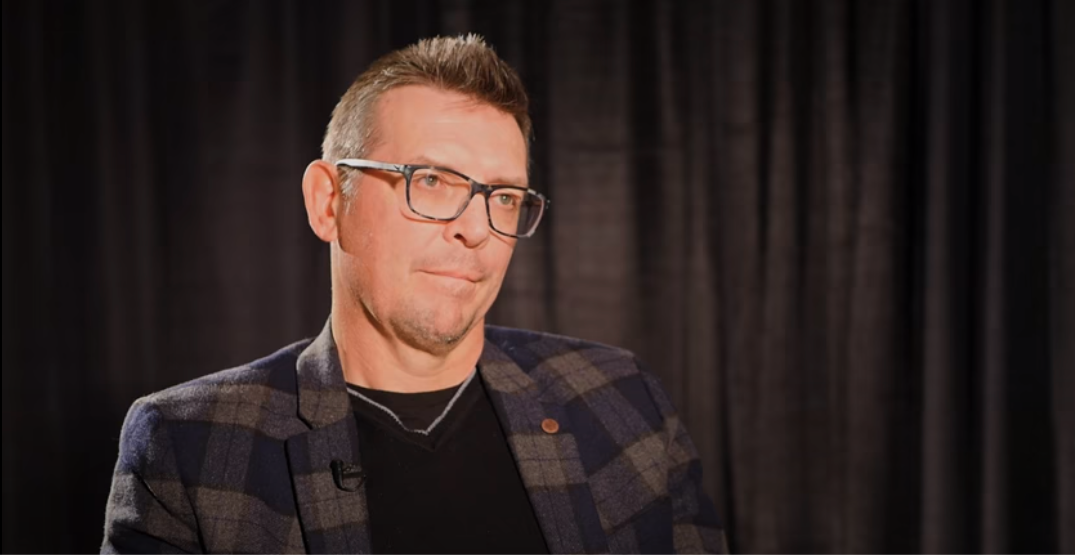 A university that previously issued Theo Fleury an honorary doctorate, has called out the former NHL star for his recent anti-vaccine comments.

“With vaccine passports, pedophiles will know where your kids are at, at all times,” Fleury said in a since-deleted tweet.

Brandon University called Fleury’s statement “reprehensible,” “beyond reasonable distrust,”  and “a stain on his legacy.”

In a reply on Twitter, Fleury highlighted his honorary doctorate from Brandon University when his medical knowledge was questioned.

“Same as real one. Thanks for playing though,” Fleury said in an additional reply.

Fleury has deleted his initial tweet, but not his replies.

In a book titled “Playing with Fire,” Fleury discussed abuse he suffered at the hands of hockey coach Graham James, who has been sentenced multiple times for sexual offences.

“Fleury, a survivor of sexual abuse in his youth, was one of the key voices exposing sexual predation in junior hockey, and he continues to deserve both praise and understanding for that role,” the university’s statement read. “More recently, Fleury has turned his voice to launching personal and political attacks and to the espousing of conspiracy theories.”

The university also clarified that honorary degrees are “not an academic credential.”

Brandon University’s full statement on the comments from Theo Fleury is below:

Brandon University is steadfast in our support of academic freedom, academic inquiry, and of robust public debate around issues of consequence. These freedoms, however, must be balanced against responsibilities like honesty, like integrity, and like good faith. We are disappointed that honorary degree recipient Theo Fleury is, increasingly, not meeting that balance.

In 2015, Brandon University presented Fleury with an honorary doctorate, recognizing his significant contributions to combating child sexual abuse, and for his efforts, at that time, to promote healing and recovery. Fleury, a survivor of sexual abuse in his youth, was one of the key voices exposing sexual predation in junior hockey, and he continues to deserve both praise and understanding for that role.

More recently, Fleury has turned his voice to launching personal and political attacks and to the espousing of conspiracy theories. Over the weekend, he shared a reprehensible statement falsely linking vaccine passports to pedophilia, and he responded to criticism by brandishing a screenshot highlighting several of his past awards, including his honorary degree from BU.

Honorary degrees are awarded by Brandon University to recognize an individual’s significant achievements or contributions; they are not an academic credential.

Fleury’s significant contributions to exposing the rot in junior hockey, and to supporting other survivors of child sexual abuse through recovery, continue to deserve respect. It is understandable that he may struggle to trust authority, and that he may see dark motives in others’ actions. His recent statements, however, go beyond reasonable distrust and are a stain on his legacy, which saddens us.

One of the tragedies of abuse is how it perpetuates itself across generations. We call on Fleury to recognize that he is now a person in a position of authority, and to recognize that his actions as an authority put him in a place where he can cause harm to others. We hope he takes advantage of the resources at his disposal and seeks greater understanding of the science behind the pandemic and the essential public health role of vaccines.