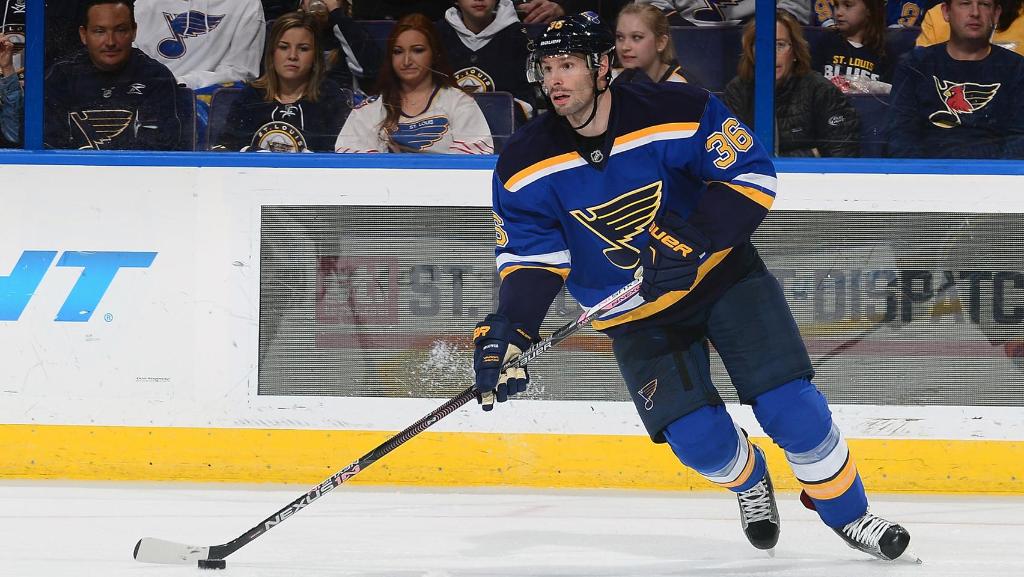 While many teams were out trying to reel in the big free agent fish, Brad Treliving had his eyes set on someone else.

The Calgary Flames announced the signing of former St. Louis Blues forward Troy Brouwer to a four-year deal worth $18 million. The contract will go until Brouwer turns 35, and pays him  $4.5 million annually.

#Flames signing Brouwer turns 31 in August. 39 points with the Blues this past season. pic.twitter.com/DboG3bZ1pT

Brouwer has played ten NHL seasons with Chicago, Washington, and St. Louis, collecting 294 points in 613 games. The Vancouver native will be playing on a Canadian team for the first time in his career.

Brouwer has been a consistent 30-40 point scorer who can also be relied on defensively. At 6’3″, 213 pounds, he certainly helps the Flames with some much needed size in the line-up. He also fills a gaping hole on the right wing side of the line-up.

Brouwer to #Flames for $4.5M AAV over 4 years. They have the cap space for it, a RW opening, and he's a vet that brings more than just G+A.

Though not as big a free agent signing compared to some of the other names out there, Brouwer was generating interest from a few other teams, including his hometown Vancouver Canucks. The fact that he helped the Blues to the Conference Finals with 13 points in 20 games in the playoffs probably helped his contract case as well.

Brouwer may not play a fancy game, but he checks all the boxes for the Flames. A big, veteran right winger who plays a physical and responsible game and can help mentor some of the younger players.

Brouwer told by #Flames brass that they'd like him to play with their "young, skilled forwards". Looks like Gaudreau and Monahan have a RW.

In the end, the Flames didn’t get the biggest fish in the sea, but they got the fish they needed.

Chad Johnson to CGY on one year deal.

The Flames also signed goalie Chad Johnson to a one-year deal worth $1.7 million. Johnson will back-up Brian Elliott next season, who was acquired at the NHL draft.

The Flames have brought in Brouwer, stabilized their goaltending, and added a new head coach.

They still have one more big order of business to take care of before next season though, and that’s to sign Sean Monahan and Johnny Gaudreau.