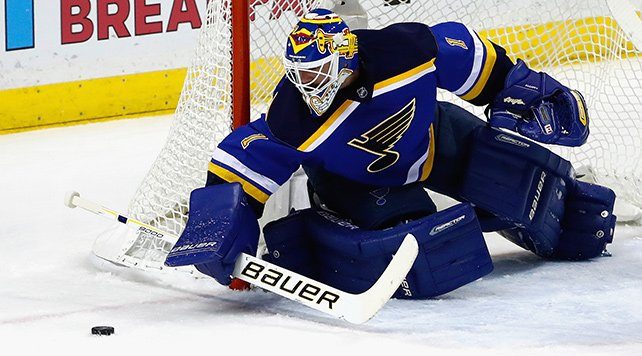 The Calgary Flames got their guy at sixth overall in Matthew Tkachuk, and now they have their starting goalie.

The Flames acquired Brian Elliott from the St. Louis Blues, trading away the 35th-overall pick in return. Calgary will also give up a 3rd-round pick in 2018 if Elliott re-signs with the team. He has one season left at an extremely reasonable cap hit of $2.5 million.

Brian Elliott acquisition is a great one for the #Flames. All he did was play brilliant in STL but Allen was future. He wanted out.

Best Save Percentage since start of 2011-12 season

This looks like a prudent move from GM Brad Treliving, knowing that he was negotiating from an advantageous position as the only team needing a goaltender. He kicked tires on M.A Fleury and Ben Bishop, but the prices were much higher.

Elliott looks like a great fit for the Flames for both age and ability. The 31-year-old should be a quality starter for the team until either Jon Gillies or Mason MacDonald are ready to take the starting reigns.

Elliott is good, but lack of years left on his contract likely drove down the price. This is a good pickup for the Flames. No overpayment.

The only concern in this deal lies in whether or not Elliott will resign after his deal is up after next season. But the conditional 3rd-rounder involved serves as an insurance policy, and there’s no reason to believe Elliott wouldn’t want to stay in Calgary.

Despite trading the 35th pick, the Flames still have two 2nd-rounders, holding the 54th and the 56th picks from the Jiri Hudler and Kris Russell trades. Rounds 2-7 of the NHL draft will be held tomorrow.