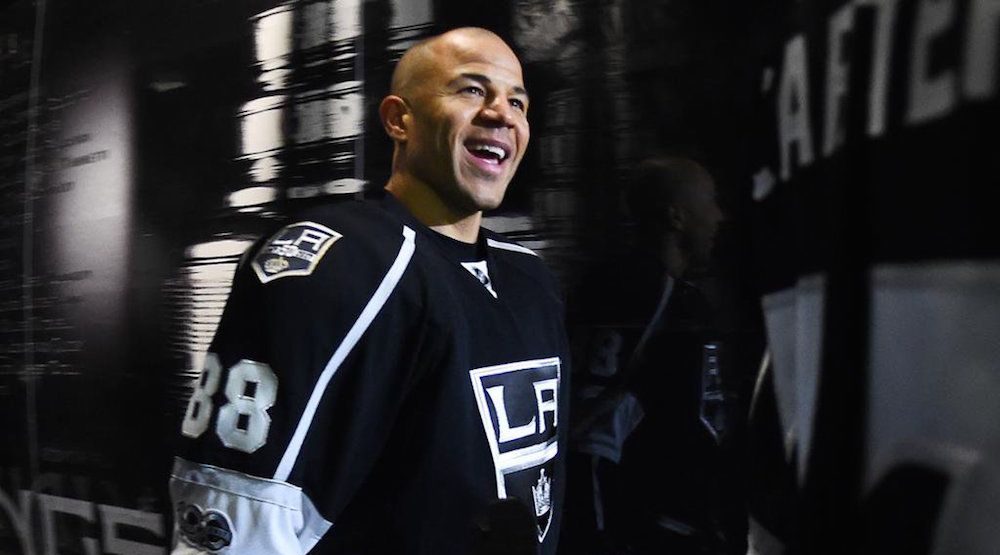 Together Jaromir Jagr, Shane Doan, and Jarome Iginla have over 4,800 combined games of NHL experience, but the trio of grizzled vets remain free agents close to two weeks after the market opened on July 1.

Retirement is unlikely for the ageless Jagr who has said he wants to play until he’s 50-years-old, but the future remains more uncertain for Doan and Iginla.

As free agency goes along and the market begins to dry up, the value for experienced players usually seems to fall back to earth, giving teams close to the cap a shot at a cheap depth option.

And this summer, that team could be the Calgary Flames.

Now the Flames signing Doan is probably a stretch and there’s likely a better chance at Calgary going after Jagr, but Iginla seems like the best fit due to his history with the Flames.

Iginla’s tenure in Calgary has been well documented, and is arguably the greatest player in franchise history.

A feared goal scorer for most of his career, it’s true that Iginla’s production has taken a steep dive over the past few seasons in Colorado and Los Angeles.

Blake spoke with Iginla shortly after the end of the season, informed him of LA's plans. Kings won't sign him; Blake, team wished him well.

Scoring just 14 goals and 27 points in 80 games last season, it’s easy to see why some teams are weary of signing the 40-year-old to a contract.

However, it is surprising that no team with some spending money has taken a flyer on the two-time 50-goal scorer for a cheap option on their third line.

Now, this could be explained if Iginla has notified teams that he intends on retiring and just hasn’t made that decision public yet.

With his Hockey Hall of Fame pedigree, Iginla deserves to leave the NHL on his own terms and if the time is right to hang up the skates, then so be it.

But if reports from June are correct, it looks as though the Edmonton native is training to return for a 21st season in the NHL.

Teams shouldn’t be encouraged to sign Iginla just because he wants one more shot at winning a Stanley Cup, but it would be a shame to see such an esteemed player over the last two decades see his career fade away.

On this day in 1995, with the 11th overall pick at the NHL Entry Draft, the @DallasStars selected Jarome Iginla pic.twitter.com/IaI5OcxOkW

That’s why the Flames and Iginla make a compelling reunion, since Calgary needs some help on the right side and could possibly now afford to sign him on a cheap, one-year deal.

It’s been a busy off-season for the Flames, especially on the trade front.

Acquiring big pieces such as Travis Hamonic, Mike Smith, and Eddie Lack, the Flames invested quite a bit of money on defence and between the pipes.

As of July 12, the Flames have around $9.8 million in cap space, with three RFAs in Sam Bennett, Micheal Ferland, and Curtis Lazar needing new contracts.

Signing all three and Iginla would most certainly put the Flames against the cap, but in theory it could work if all four are signed for under $3 million each.

While Iginla probably could have commanded between $2 and $3 million, due to the market softening it’s likely he would return on a contract less than $2 million.

As mentioned before, the Flames look to be set at centre with Monahan, Backlund, Bennett, and Stajan leading the way, but could use some assistance on the wings.

Even though he’s no longer the offensive force he used to be, Iginla could be a low-risk option on the right deal.

And with the free agent pool and expensive contracts beginning to dry up, that risk becomes lower by the day for Calgary.