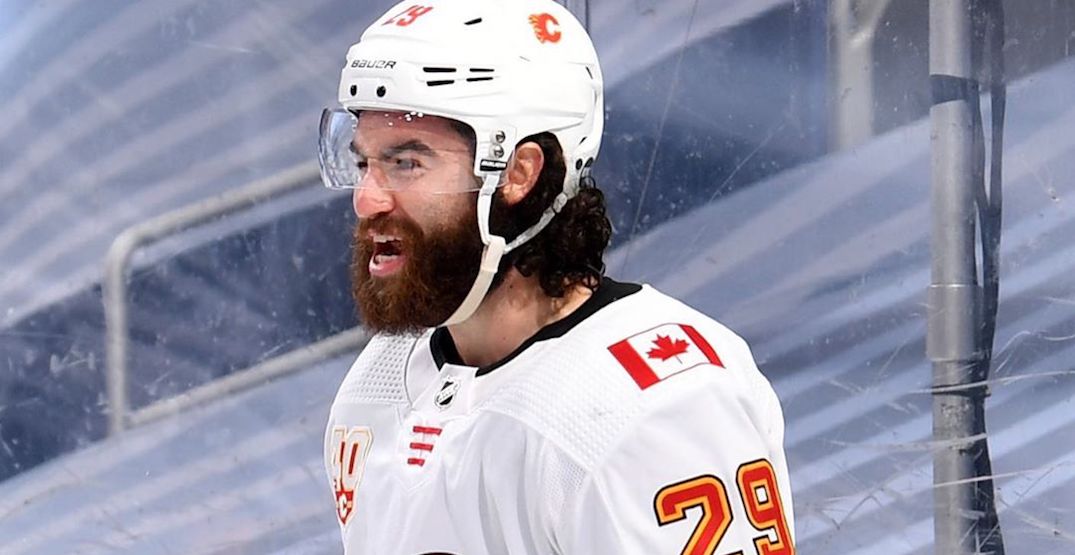 Cam Talbot will be haunting the dreams of the Winnipeg Jets all offseason long.

Talbot posted his third career playoff shutout and the Calgary Flames managed to seal the deal against the Winnipeg Jets, winning 4-0 in Game 4.

With the win, Calgary will become the second team to advance in the NHL Stanley Cup Qualifying round, winning the best-of-five series 3-1.

The Flames netminder stood on his head for the 31-save shutout, the first shutout by a Calgary goalie in a clinching game since Miikka Kiprusoff back in 2004.

Just when you think you've got a wide open net…❌😱#NHLonSN pic.twitter.com/U6CnkDLowm

At one point Talbot did have a little help from his teammate Matthew Tkachuk, who sacrificed his body in front of the puck when his goaltender wound up outside of the crease.

Beyond that, it was basically the equivalent of shooting on a brick wall all night long.

“When we had breakdowns, our goaltender was huge. Through the majority of the series, he was our best player,” said Flames head coach Geoff Ward of Talbot’s play.

As good as Talbot was, another highlight of the game came from forward Sam Bennett, who managed to score the rare hockey buzzer-beater.

With time ticking down in the first, Calgary was able to break out on a three-on-two rush.

After getting a quality first chance that was stopped by Hellebuyck, the puck found the stick of the trailing Sam Bennett. He lifted it high, managing to beat both the goaltender and the clock, registering a goal with 0.3 seconds remaining in the period. That would put Calgary up 2-0 at that point.

Bennett didn’t just make his presence known on the score sheet either.

Gotta keep your head up when Sam Bennett is on the ice 💥 #NHLonSN pic.twitter.com/0ZeEwNXmPG

The physical forward finished with eight hits, including a few bone crushers that will be felt by Jets players long after they leave the bubble.

“One thing about Sam was he didn’t let off on any hits,” said Ward. “He continues to just finish checks and go to the hard areas and I think he has really settled in with the guys on that line.”

Flames fans will also be happy to see one of Bennett’s linemates, Dillon Dube, pot the first playoff goal of his career – which would also turn out to be the game-winner in Game 4.

The youngster was able to get in behind the defense, find the rebound and bury the puck to put Calgary up 1-0 just over three minutes into the game.

The Flames were able to generate offense all across their lineup during the four-game series, seeing 11 different players find the back of the net.

The Jets were once again without top forwards Patrik Laine and Mark Scheifele in Game 4 as the two missed the majority of the series following injuries sustained in Game 1.

One silver lining for Winnipeg fans: they now become one of eight teams that has a chance at winning the first overall pick in this year’s entry draft, which could mean a shot at elite prospect Alexis Lafrenière.

As for the Flames, they will have a bit of a break before the next round as the remainder of the NHL Qualifying Rounds wrap up.

At this point, who Calgary’s opponent will be isn’t yet clear either.

With a rest day planned for the team tomorrow, the boys can celebrate tonight, bubble-style, before looking ahead to next week.