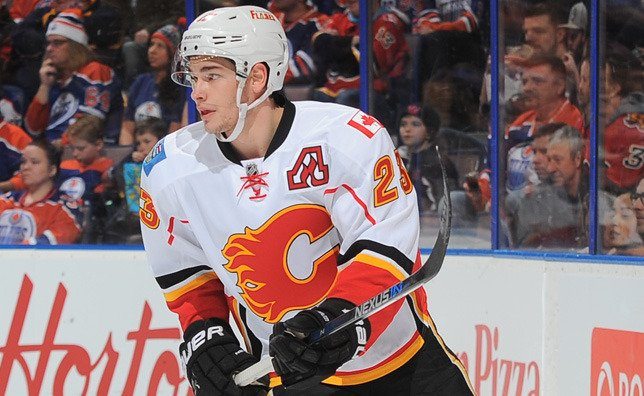 It appears Sean Monahan won’t be making the trip to Toronto for the World Cup.

The Calgary Flames announced today that Monahan will not play for Team North America in the World Cup of Hockey due to a strained back injury he sustained in training.

Sean Monahan out of World Cup due to back strain. Should be good for training camp according to team. Replaced by Vincent Trochek. #Flames

The young Flames centreman was supposed to join his teammate Johnny Gaudreau on Team North America, but it will instead be Vincent Trochek from the Florida Panthers taking that spot.

Monahan isn’t the first one to get pulled from the World Cup. Jamie Benn, Duncan Keith, and Jeff Carter have all been yanked from Team Canada, while big names like Henrik Zetterberg and Alex Steen are out with injuries for Team Sweden.

The news may be disappointing for fans hoping to watch the duo play together on such a big stage, but this ensures Monahan will be rested and ready to start the NHL season.

It’s also a big blow for anyone rooting for Team North America at the tournament, as Monahan and Gaurdreau as a pair would certainly have been one of the team’s biggest weapons. Monahan’s 63 points last season were better than all players not named Gaudreau on Team NA.

Sean Monahan out of the World Cup due to a strained back. Too bad. May never get a chance to play for his country (Republic of U23) again.

Even without Monahan, the Flames will be well-represented at the tournament. Mikael Backlund was recently added to Team Sweden to replace Zetterberg, joining Gaudreau, Michael Frolik, Jyrki Jokipakka, and Jakub Nakladal as the group of Flames heading to Toronto. The World Cup of Hockey begins on September 17th.