If the Flames lose a hockey game, but nobody is around to see it, does it still count?

Unfortunately yes, the Flames 5-2 loss to the Carolina Hurricanes does count in the standings.

The most intriguing thing about the box score from the game was the attendance figure, generously listed at 9,934.

The Hurricanes are currently last in the NHL in attendance, averaging just 11,440 people per game. Yesterday’s turnout was bad, even by Carolina standards.

These pictures suggest that the actual attendance was significantly less than the announced attendance. 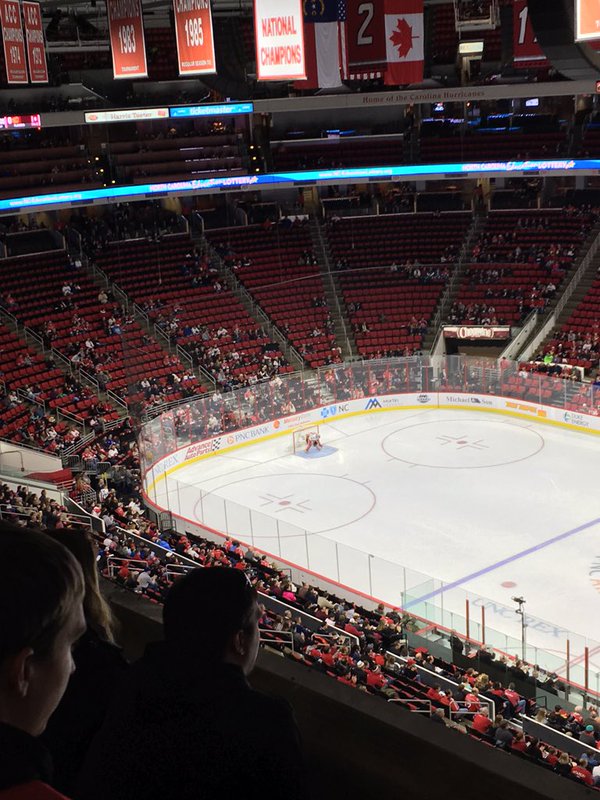 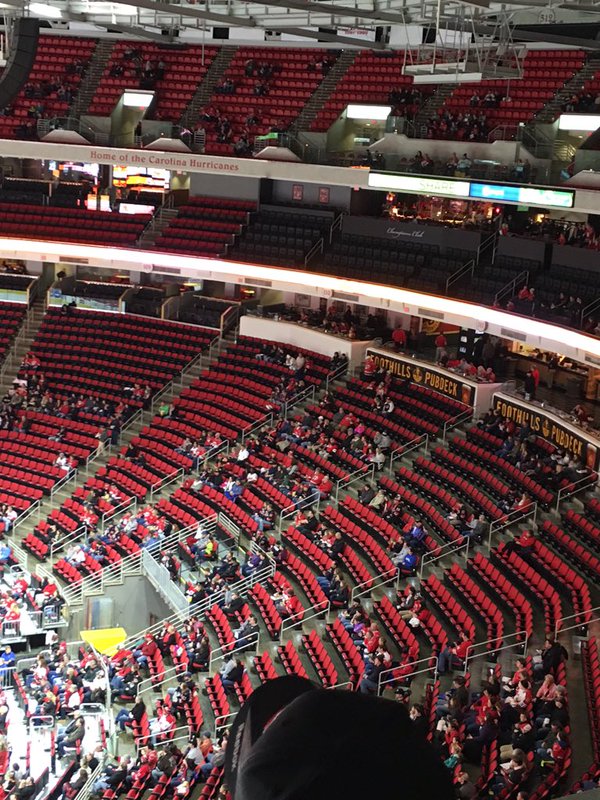 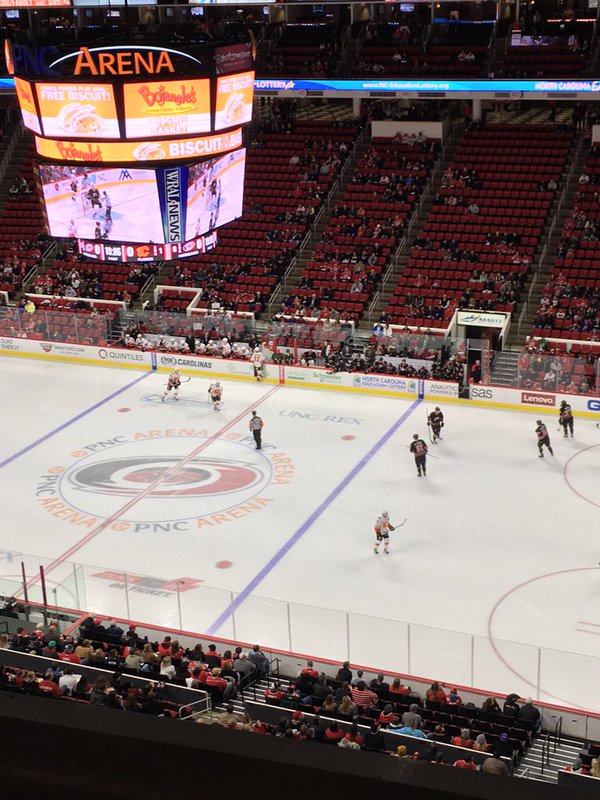 So where was everybody? The Carolina Panthers were playing two and a half hours down the road in Charlotte in the NFC Championship game, so that’s a good bet.

Also, showing up to the game meant that people would have to watch the CAROLINA HURRICANES play hockey.

Just a quick check, Carolina Hurricanes are last in attendance, 2,000/night less than the '96/'97 Whalers. Time to move 'em.

Maybe it’s time to move them back to Hartford?