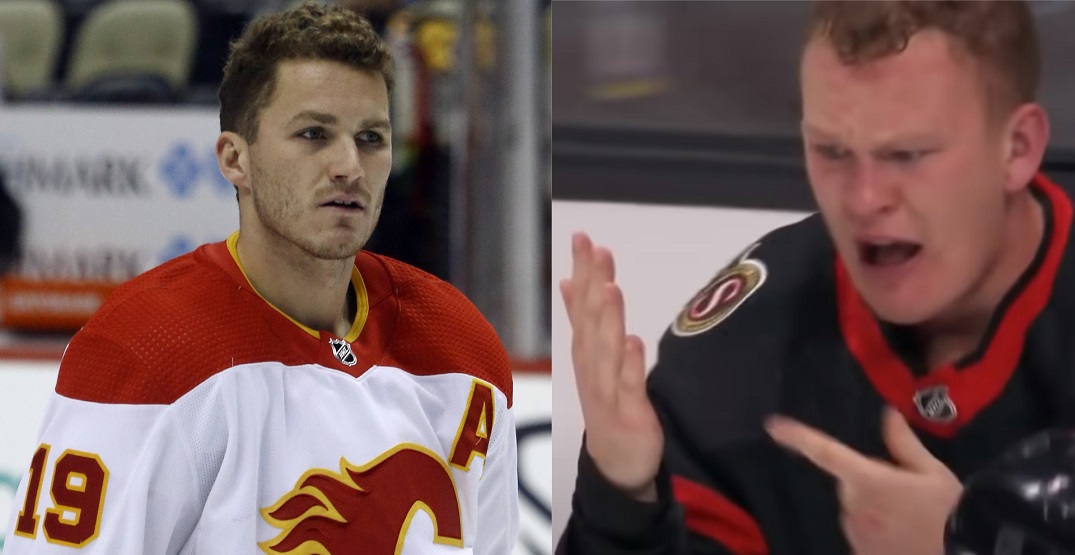 Flames forward Matthew Tkachuk is the latest to weigh in on the NHL’s biting controversy.

Yesterday’s biggest story in the league came when Los Angeles Kings forward Brendan Lemieux got a match penalty for apparently biting Senators captain Brady Tkachuk during a scrum late in the third period.

Lemieux received a match penalty for the play, and will be having a hearing with the Department on Player Safety about it.

On Hockey Night in Canada’s After Hours with Scott Oake and Cassie Campbell-Pascal, the elder Tkachuk stuck up for his younger brother when asked about the play.

Oake commented how Brady appeared to be furious after the incident, showing off the blood on his hands to the referees while remaining visibly upset in the penalty box.

“I’d be furious too,” Matthew said. “That’s little kid shit there… I know [Lemieux] is not a very well liked guy and that shows it right there.”

Matthew also went to comment that the Senators will probably not take kindly to Lemieux the next time the two of them face off. They’re currently not scheduled against each other for the rest of the regular season, having already played twice.

“If he’s still in the NHL then, most of Brady’s team is going to be going after him all night. Poor guy’s going to have a long night,” Matthew added.

Brady himself called the play “gutless,” and said Lemieux was a “complete brick head.”