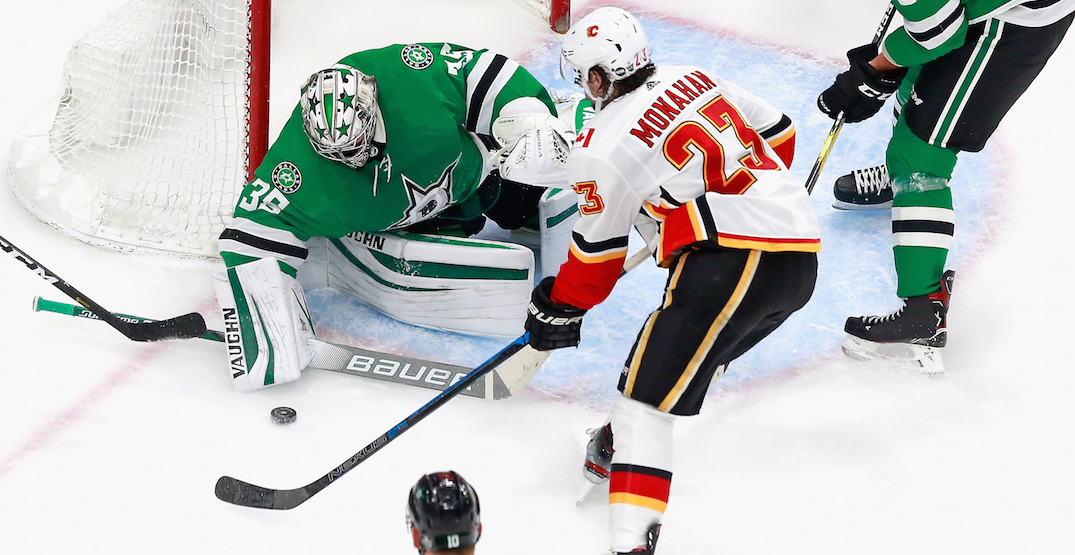 After being 12 seconds away from a 3-1 series lead on Sunday, the Calgary Flames are now on the brink of elimination.

The Flames lost a tight-checking Game 5 by a 2-1 score and now trail the Dallas Stars 3-2 in the best-of-seven series.

This was a pivotal game in the series, but the Flames seemed to come out flat. They were outshot 26-14 in the first two periods and it was the Stars who controlled the game.

John Klingberg scored the game-winning goal early in the third period with a wrist shot from the point that beat Cam Talbot over the glove.

Talbot made 30 saves in the game and was great for the Flames once again, giving his team a chance in a game where they were pretty heavily outplayed for the first 45 minutes.

The Flames pushed hard for an equalizer once they were down 2-1 and outshot Dallas 15-6 in the third period, but they couldn’t put another one past Anton Khudobin.

Mikael Backlund scored the lone Flames goal in the final minute of the first period. His shot found its way through traffic and past Khudobin for his fourth goal of the playoffs.

Matthew Tkachuk missed his third straight game and the Flames seem to really be missing the presence he brings to their lineup. It’s unclear if he’ll be back in this series.

If the Flames are going to come back in the series, they’ll need more out of the top line of Johnny Gaudreau, Sean Monahan, and Elias Lindholm. Their line hasn’t been on the ice for a goal at 5-on-5 in this series, and all three players have an expected goals percentage below 38%.

The Flames will look to stay alive in Game 6 on Thursday, start time still to be determined.