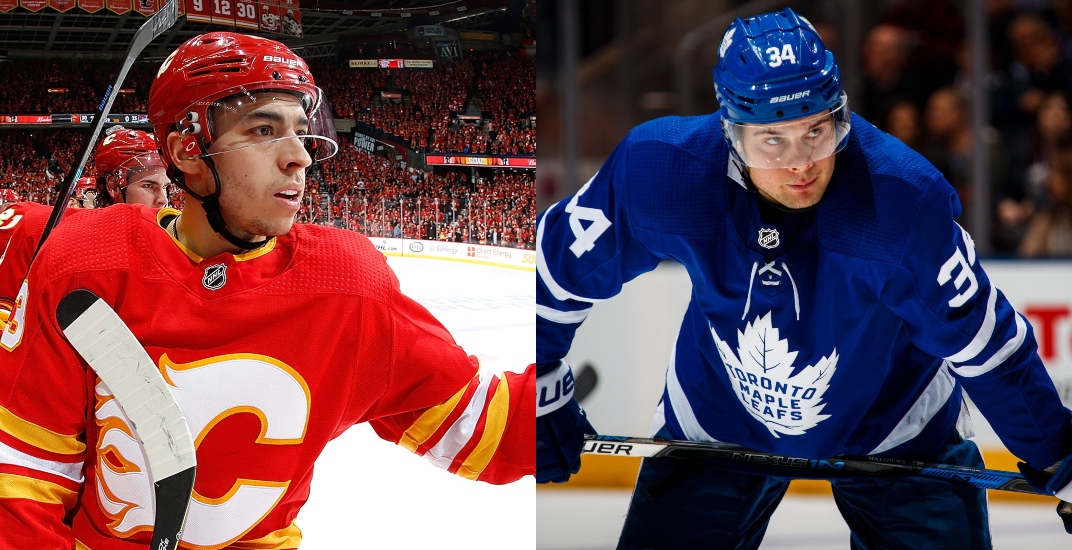 Expectations are a funny thing for a pro sports franchise.

As soon as a team experiences any glimmer of hope or success, that becomes the new normal and falling short of that mark becomes a point of panic for that fanbase.

Right now, that type of panic and frustration is being shared by two Canadian fanbases both in very similar circumstances.

The Calgary Flames and Toronto Maple Leafs have each been tumbling down the standings in their respective divisions, both riding season-long losing streaks with many of their top weapons underperforming of late. The Flames have lost five games in a row, while the axe fell on Babcock after their sixth consecutive loss.

Of course, the Leafs set the hockey world ablaze Wednesday with the firing of the NHL’s highest paid head coach in Mike Babcock in favour of Sheldon Keefe to shake up the dressing room.

Brendan Shanahan on the #leafs decision to fire Mike Babcock: "We're mistake-prone on defence, the attention to details aren't there. Even the explosive offence our team was known for has been missing for a while now."

While the same fate likely won’t await Flames bench boss Bill Peters in just his second year with the team, it’s an indication of how far south both seasons have gone.

From being billed as possible Stanley Cup contenders to fighting to stay in the playoff picture, it’s been quite the fall from grace for both Canadian clubs.

There’s still plenty of season left and playoffs are still very much in reach for the Flames and Leafs… but make no mistake it will be more of an uphill battle than expected.

It’s one of hockey’s biggest cliches, but starting games on time can be the difference between wins and losses.

To be blunt, the Flames’ first periods have been abysmal this season scoring just 10 times in the opening 20 minutes of play through their first 24 games, putting them last in the entire NHL.

Potting the game’s opening goal has also been a glaring shortcoming for Calgary through their first 24 games of 2019-20, taking a 1-0 lead just eight times so far.

"We know what they're all about, we know what the challenges are – a real good team – and we're going to have to play at a high level to get two points."

Bill Peters sounds off on the battle with the Blues. pic.twitter.com/91A8ZgiHDq

Goaltending has helped keep things from falling off the tracks as the Flames sit middle of the pack with 18 goals allowed in the first period.

That’s been Toronto’s biggest problem through the first quarter of the season, as they have allowed the most first period goals in the NHL with 29 through 23 games.

Possessing names like Gaudreau, Monahan, Tkachuk, Matthews, Tavares and Marner, it’s surprising to see both Calgary and Toronto struggling to generate offence off the opening draw.

As mentioned, the Flames and Leafs boast two of the league’s best top end attacks with a murder’s row of offensive threats.

Aside from a couple of key contributors however, both sides have been unable to successfully spread out goal scoring throughout their respective lineups.

Of Calgary’s 60 goals scored so far this year, Matthew Tkachuk and Elias Lindholm have combined for exactly one-third of that total with 20 goals between them.

Johnny Gaudreau and Sean Monahan are the only other Flames to reach even the five-goal plateau, while no one on Calgary’s roster is even projected to hit 70 points after five skaters hit that mark last season.

Toronto has had a little more success lighting the lamp with 72 goals to begin the season, however some of their big name acquisitions have taken a while to get out of the gates.

Tyson Barrie, the big fish coming back to Toronto in the Nazem Kadri deal, has been extremely underwhelming to begin his first season in blue and white with just seven assists in 23 games.

Missing both Mitch Marner and Trevor Moore for extended periods of time, the Leafs will need players like Barrie and John Tavares to get back to their scoring ways much like the Flames with their big pieces.

Both failed to even get out of the first round of playoffs after posting their most successful regular seasons in decades putting up 107 and 100 points, respectively.

Despite the disappointing playoff performances, both Calgary and Toronto were expected to remain in Stanley Cup contention with neither team losing big pieces of their core.

November has not been kind to either team with five and six-game losing skids leaving the Flames and Leafs sitting on the outside of the wild card race, albeit only by a handful of points.

For 24 games, they’ve floundered under the weight of high expectations. Perhaps low expectations, which has become the case, will be the best thing for them.

Tuesday’s 4-2 loss to the Vegas Golden Knights was enough for Babcock to receive his pink slip, becoming the first coach in the NHL to be put on the chopping block.

As for the Flames, a team that had no issues scoring and holding onto leads in 107-point season last year, haven’t held a lead since a 5-2 victory over the New Jersey on November 7 totalling over 302 minutes of action.

Calgary and Toronto will be hard-pressed to repeat last year’s breakout seasons after falling behind the eight-ball over the first quarter of the season, but there is hope for both clubs.

Tkachuk and Matthews have dominated the early part of the 2019-20 season and players like Gaudreau and Marner should see their low shooting percentages normalize.

Now, it’s up to Calgary and Toronto’s players and coaches to make sure this start is just a blimp on the radar or even more change will be on the way.

They’ll get their next chance at turning the tide on Thursday with Calgary visiting St. Louis and Toronto beginning the Keefe era in Arizona.