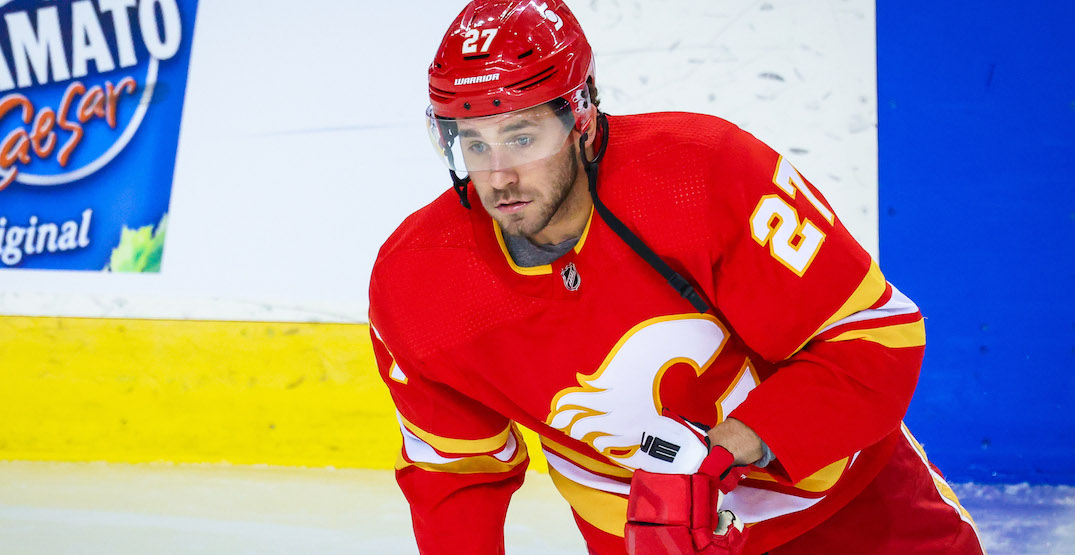 Tonight’s Calgary Flames game will go ahead, despite a player testing positive for COVID-19.

Josh Leivo has been added to the NHL’s COVID-19 protocol list, which was updated this afternoon.

The Flames cancelled their morning skate today because of the positive test, as a precaution. There was some question as to whether their game tonight against the Montreal Canadiens at the Saddledome would be postponed, but the team has now said it will be played as scheduled at 7 pm MT.

Tonight's #Flames vs. Canadiens game will be played as scheduled. Game time is 7:00 PM MT with @Sportsnet and @Sportsnet960 carrying the television and radio broadcasts. pic.twitter.com/53YfyXceld

The outbreak that affected the Vancouver Canucks started with one player, and it took days before anyone else tested positive. A total of 25 members of the Canucks ended up contracting COVID-19. Clearly, the NHL and the Flames must feel confident that this case is different.

This morning, the Flames said that everyone except one player had tested negative for COVID-19. Leivo last skated with his teammates at yesterday’s practice.

Tonight’s game is the start of a massive three-game series between the Flames and Habs. The Flames could give their playoff chances a big shot in the arm by rattling off three straight wins against Montreal, who they are chasing.