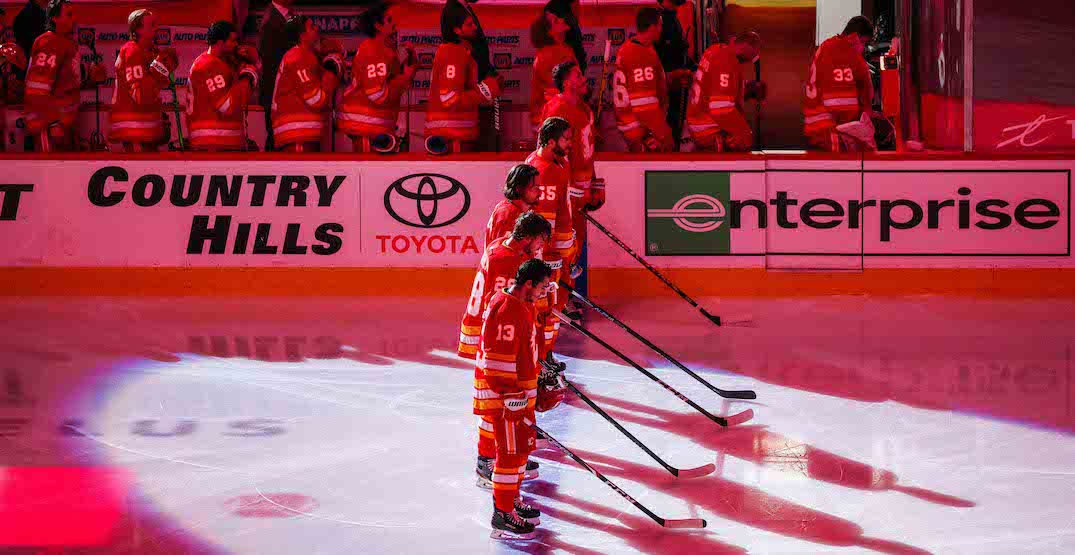 The Calgary Flames announced that they have cancelled today’s morning skate for precautionary reasons because of a player testing positive for COVID-19.

The player who tested positive is in isolation, while all of the other Flames players and staff have tested negative.

This positive test follows the Vancouver Canucks outbreak, which forced the postponement of 10 games and affected 25 members of the team.

Calgary has a game against the Montreal Canadiens tonight at 7 pm MT. According to TSN’s Salim Nadim Valji, as of right now, that game is still planned to go ahead as scheduled.