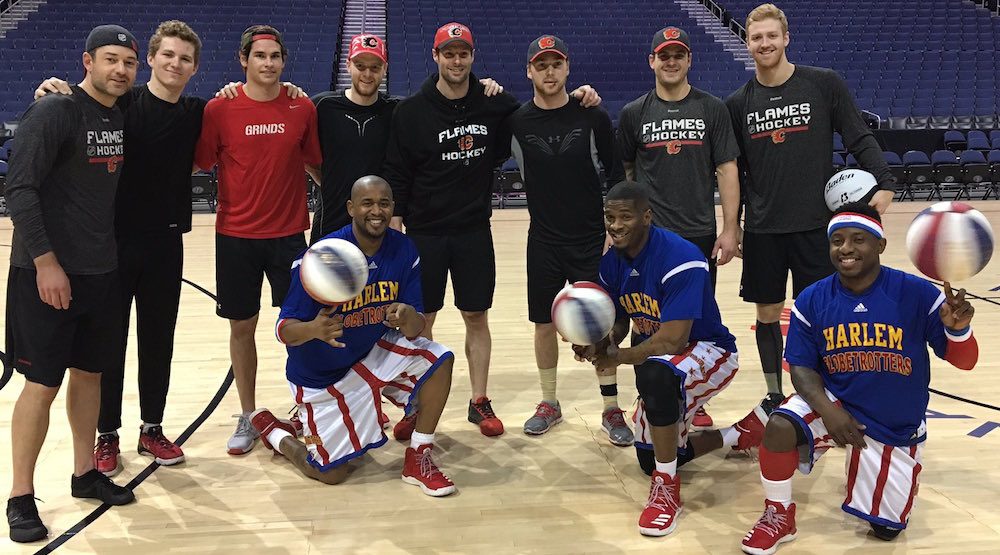 After a thrilling 6-5 overtime win in Nashville, the Calgary Flames are in Tampa today, ahead of their game on Thursday against the Lightning.

Also in Tampa are the Harlem Globetrotters, who perform at Amalie Arena tonight.

The Flames used the opportunity to play some basketball on the Globetrotters’ court, and were eventually joined by some of the basketball showmen.

Moose … the basketball star? Earlier today, the #Flames shot some hoops with the @Globies in Tampa! pic.twitter.com/lCgA92Aomf

The Globetrotters will be in Calgary, coincidently, next week for a pair of shows on March 1 and 2 at the Scotiabank Saddledome.

The Flames, meanwhile, are fighting tooth and nail for a playoff spot. Calgary currently holds down the last playoff spot in the West, just two points up on both Los Angeles and Winnipeg.