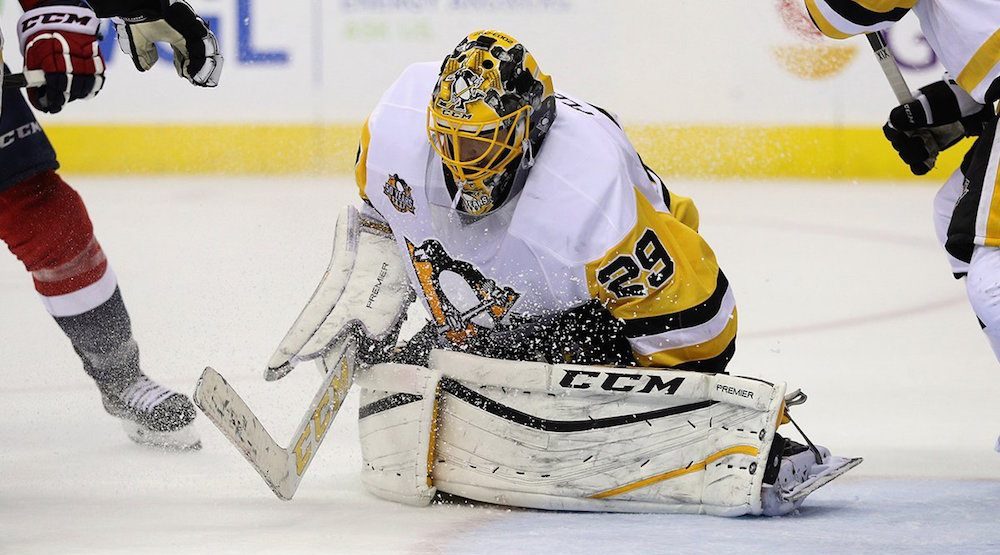 The four teams maining in the Stanley Cup Playoffs all have something in common. They’ve all been great from the net out.

That wasn’t the case in the playoffs this season for the Flames, who will be addressing their goaltending for the second straight offseason, and will have a few options to play with.

One of those options is now gone, as Ben Bishop was traded to the Dallas Stars, signing a contract with his new club on Friday.

With that, here are five goalies that could be getting the call for opening night of the Flames’ 2017-18 season. 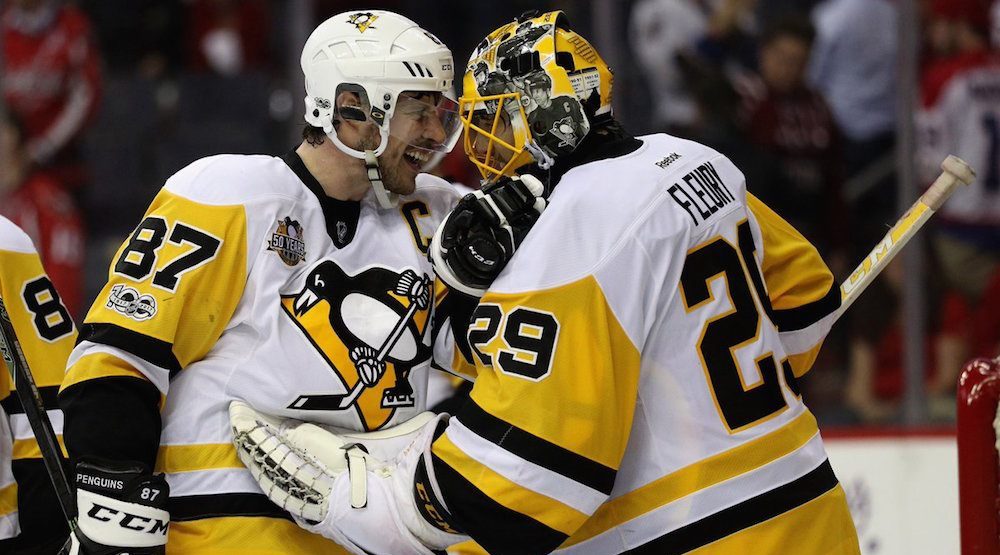 Any doubts about the Marc-Andre Fleury’s ability to be an everyday starter in the NHL were eliminated this spring, as he was thrust back into the Penguins crease.

Following a lower-body injury to Matt Murray before Game 1 of Pittsburgh’s opening round series against Columbus, Fleury has played in every game of the playoffs thus far.

If the Flames are looking for stability between the pipes, very few come to mind with a better resume than ‘Flower.’

Ultimately, the choice will be Fleury’s as he a modified no-trade clause that allows him to list 12 teams where he can reject a deal.

But, with the Vegas expansion draft on the horizon and Pittsburgh likely to protect the younger Murray, it seems like Fleury and his $5.75 million contract might be on the move soon. 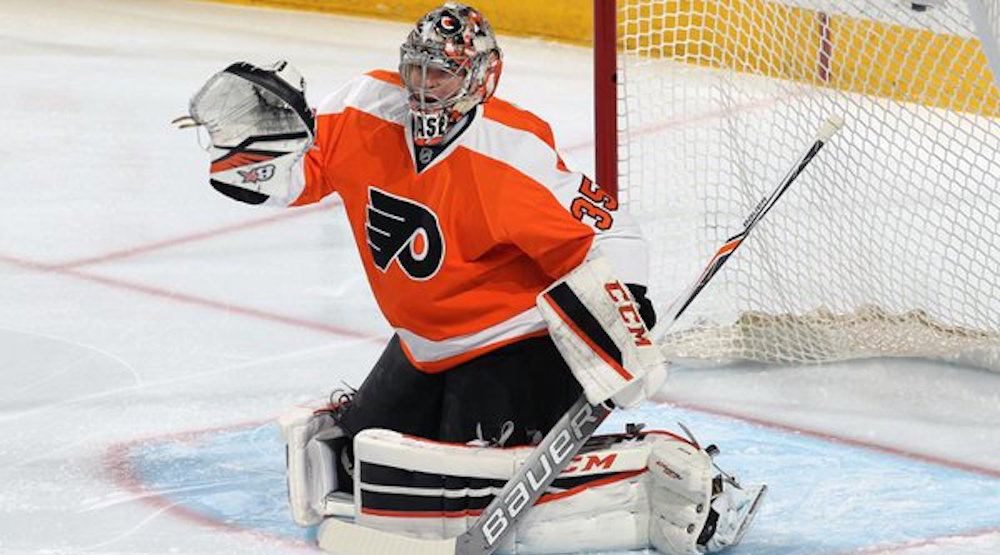 2016-17 was a year to forget for Steve Mason, as he struggled throughout in the crease for the Philadelphia Flyers en route to missing the playoffs.

Both of those were his worst numbers since joining the Flyers, and the lowest since the 2011-12 season with the Columbus Blue Jackets.

In saying that, Mason is a proven NHL starter with over 460 career games to his credit.

A pending unrestricted free agent, the Flames would merely have to give up some cap room to acquire the Oakville, Ontario native.

Last year he made $4.1 million and will probably command closer to the $5 million range, though we’ll see how this season will affect his bottom line.

Still relatively young at 28-years-old, Mason is in the prime of his career and would likely command less of a financial commitment than some others on this list. 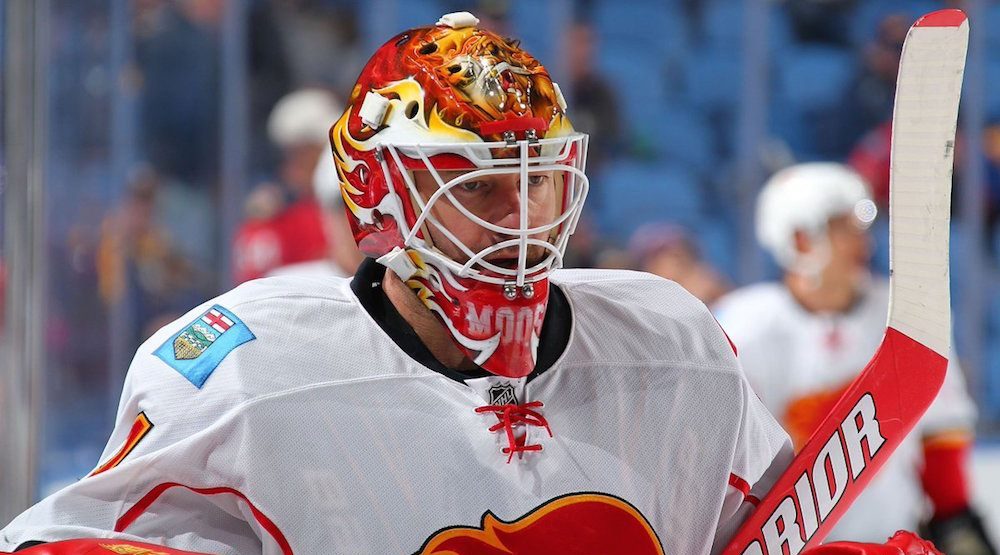 Now before you start wielding your pitchforks, I’ll admit that Brian Elliott’s time in Calgary has been a turbulent one.

Enduring one of the worst individual starts to a season in Flames history, Elliott seemed to flounder as Calgary’s number one goaltender.

But, the former Wisconsin Badger proved his worth in the second half of the season and helped the Flames to their second post-season berth in the last three seasons.

It’s a shame that his playoffs were so poor (0-3, 3.89 GAA, .880 SV%), and the lasting image of the season will be a soft-goal from the boards allowed in a pivotal Game 4 matchup against Anaheim.

While many are already driving Elliott out of town, keeping the 32-year-old might be beneficial for the Flames.

Signing him to a one or two-year deal would give the Flames’ goalie prospects time to develop and take over once Elliott’s contract is up.

Making just $2.5 million this season and not expected to see a massive pay jump, re-signing Elliott could ease the burden on a Calgary team that’s currently against the cap.

As mentioned in previous articles however, re-upping Elliott would come at a price as a condition from the trade with St. Louis last year would see a 2018 third round pick go the Blues way. 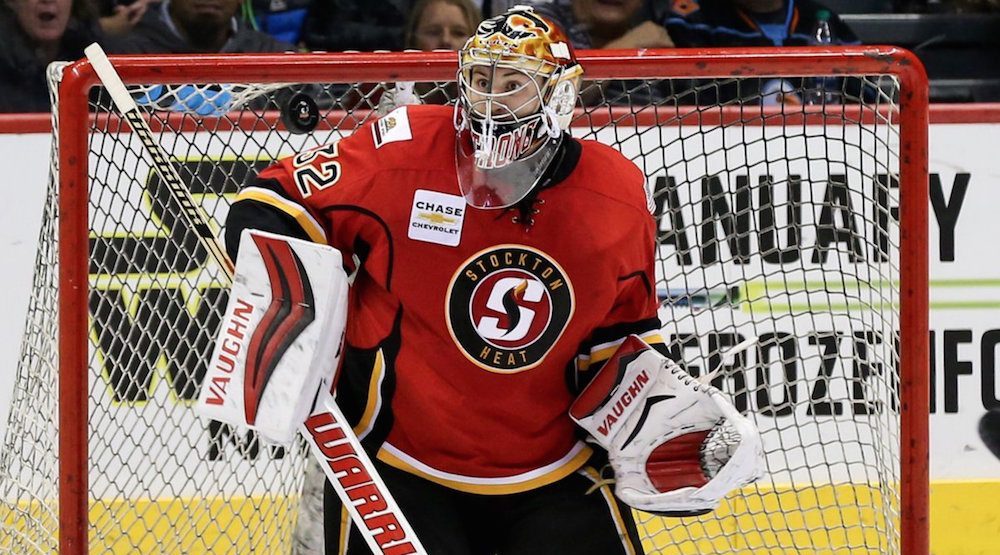 Is the future now for the Calgary Flames?

Pegged as a potential franchise goaltender down the road, Jon Gillies played his first full season of professional hockey this year for the AHL’s Stockton Heat.

Gillies even got into a game for Calgary on April 6, stopping 27 of 28 shots in a 4-1 victory over the Los Angeles Kings.

Still quite raw for a goalie prospect, it was expected that Gillies would play two or three seasons in the AHL before being handed the reigns in Calgary.

There is a solid chance though of Gillies starting next season as Calgary’s backup to Elliott, Chad Johnson, or a newcomer to the organization.

We’ve seen rookie goaltenders recently star after limited pro seasoning such as Murray in Pittsburgh and Cam Talbot in Edmonton, so there’s nothing to say Gillies couldn’t do the same and become the star Flames fans have been hoping for.