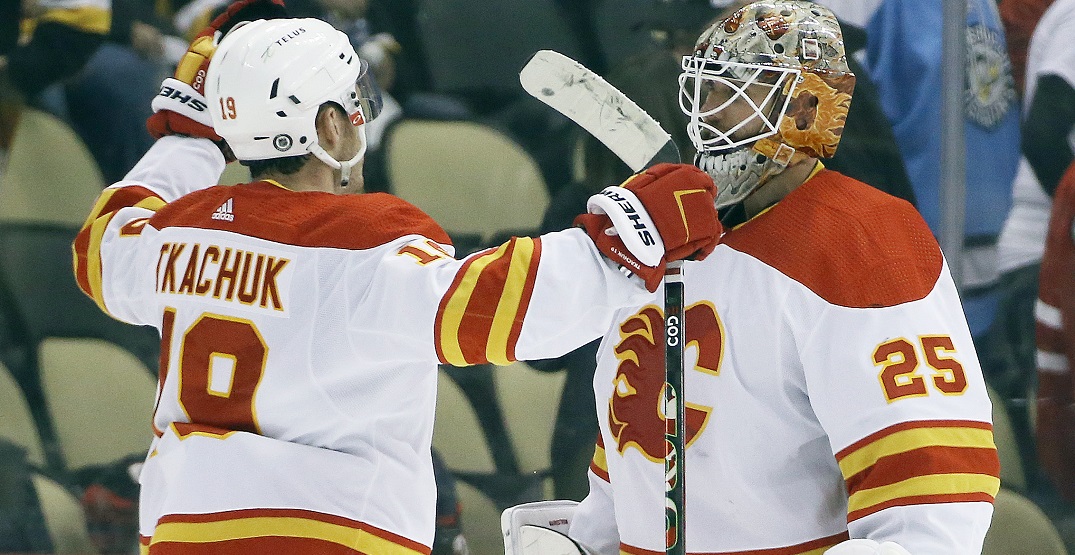 Jacob Markstrom continues to step up to the task for the Calgary Flames.

With two shutouts over his last three games, the veteran goalie was honoured as the NHL’s first star of the week.

Markstrom picked up wins over the New York Rangers, Pittsburgh Penguins and Philadelphia Flyers, giving up just one goal in the process.

In six starts this year with the Flames, Markstrom has allowed just eight goals. Markstrom is now 4-1-1 this season, with a .957 save percentage and a 1.33 goals against average.

“He’s been the best goalie in the league for a long time,” Flames defenceman Chris Tanev said of Markstrom over the weekend.

The pair of Markstrom and Tanev played together for seven seasons in Vancouver, before both joining Calgary prior to the 2020-2021 season via free agency.

After missing the playoffs last year, the Flames are 6-1-1 to begin the season, and they sit atop the Pacific Division.