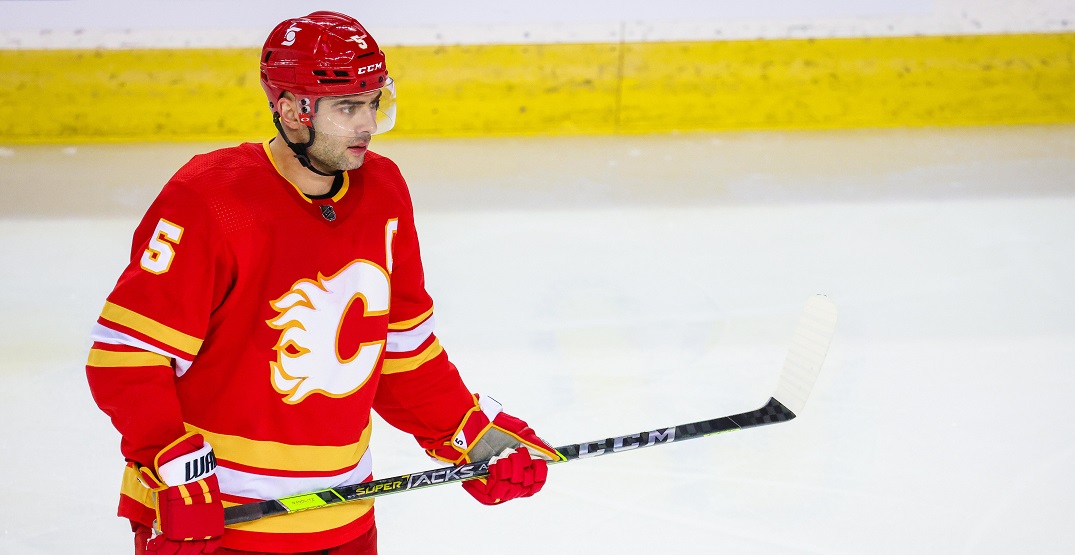 TSN’s Salim Valji was the first to report the news as confirmed:

BREAKING – I can confirm that the Seattle Kraken have chosen Calgary Flames captain Mark Giordano as their pick at the Expansion Draft, to be announced this evening.

Giordano has one year left on his contract, with a cap hit of $6.75 million for next season.

Giordano’s exposure came as a bit of a head-scratcher to many. With the Flames missing out on the playoffs as they finished fifth in the North Division this past season, and with reports of both Matthew Tkachuk and Johnny Gaudreau potentially on the move this offseason, it seemed natural to keep a team legend like Giordano around for the final year of his contract.

Debuting for the Flames back in 2005-06 after signing as an undrafted free agent, Giordano has spent his entire 15-year NHL career with Calgary.

Giordano finishes off his Flames tenure with 949 games played, scoring 143 and adding 366 assists for a grand total of 509 points. Giordano was awarded the NHL’s Norris Trophy in 2018-19 as the league’s best defenceman.