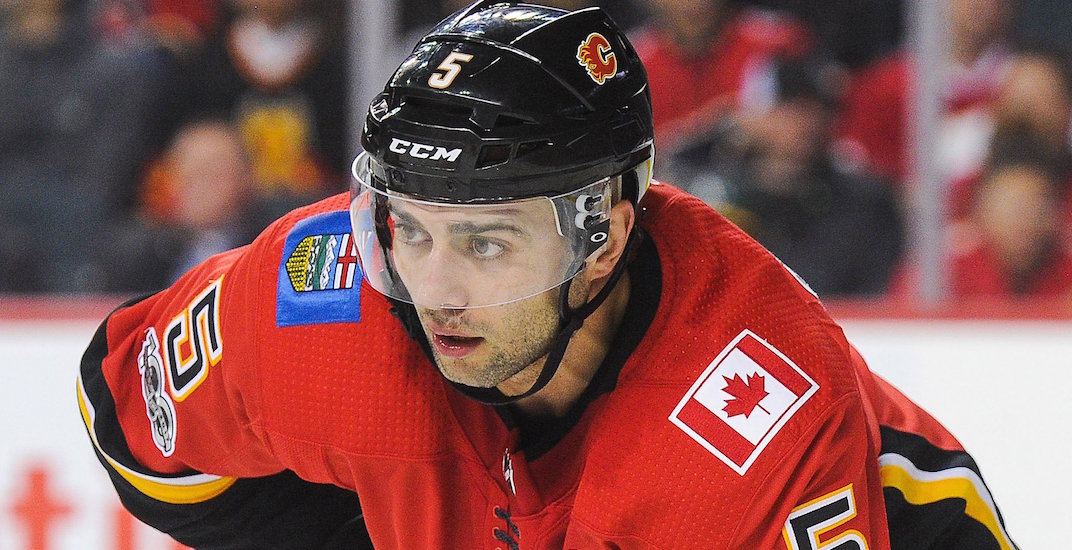 The NHL has thrown the book at the Calgary Flames, giving two of their players multi-game suspensions following a pair of incidents in Thursday’s game against the Minnesota Wild.

Mark Giordano has been suspended two games for kneeing Wild centre Mikko Koivu. Assessed a tripping penalty on the play, Giordano extended his leg, resulting in an injury to Koivu.

“Koivu’s path is predictable and in a straight line. Giordano intentionally extends his knee to make contact when he recognizes that Koivu is about to carry the puck around him for a possible scoring chance,” the Department of Player Safety explained.

Giordano will miss Saturday’s home game against Nashville, as well as Sunday’s game in Edmonton.

Also receiving a two-game suspension is Ryan Lomberg. Lomberg came off the bench on a legal line change and skated directly to Matt Dumba, retaliating for a hit the Wild defenceman delivered on Mikael Backlund moments earlier. Backlund was injured on the play, but the league has deemed the hit to be clean.

An instigator penalty occurring in the final five minutes of a game carries an automatic one-game suspension, but the league decided to tack on another game for good measure. Head coach Bill Peters was also handed an automatic fine of $10,000 for the incident.